Seven Out of 10 Homeowners Who Research Refinancing Get Unwanted Sales Pitches: Survey 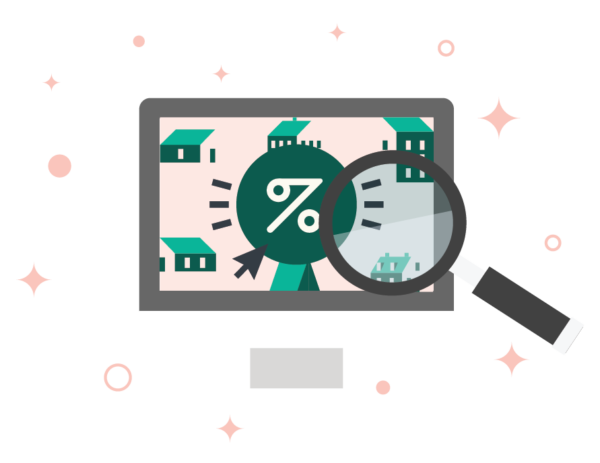 Although mortgage rates keep setting new record lows in 2020, only six out of 10 homeowners who look into refinancing succeed. Whether they’re successful or not, the vast majority of homeowners who research rates inadvertently trigger unwanted sales pitches from mortgage lenders in the form of text messages, phone calls, emails, or letters.

Those are two of the key findings of a survey of 699 homeowners who have looked into refinancing their mortgage in 2020. The survey, conducted from Aug. 17-25, also found that those who successfully refinanced were more likely to report that they:

Those who researched rates but did not refinance their mortgage were most likely to cite high rates or fees as reasons for not refinancing.

Regardless of whether they succeeded in refinancing, researching mortgage rates often triggered unwanted sales pitches. Most consumers reported that they found these sales pitches to be annoying, distracting or disruptive. Those who successfully refinanced said they had a better experience researching rates than those who did not.

Among homeowners who succeeded in refinancing, 62.2% visited a mortgage comparison site, compared to 47.5% of those who did not refinance.

Homeowners who succeeded in refinancing were also more likely to visit individual lender websites, and to contact a mortgage broker or loan officer.

Those who did not succeed in refinancing were more likely to check with their existing lender compared to those who were able to refinance.

Those who refinanced were more likely to have obtained personalized rates

Some mortgage comparison sites provide rates in comparison tables that aren’t personalized for each borrower. Homeowners who succeeded in refinancing were more likely to have obtained personalized or prequalified rates by providing their credit score or authorizing a credit check.

Credible makes comparing multiple lenders quick and easy — you can see your rates from our partner lenders in the table below in three minutes.

Only one in three homeowners (33.8%) who succeeded in refinancing said they got inaccurate rates when researching their options. But 41% of homeowners who didn’t refinance said the rates they received were not accurate.

Among homeowners who decided not to refinance their mortgage only one in 10 said they were unable to find a lender who would approve them. Most said the reason that they decided not to move forward was that the interest rate or fees they were offered were too high. Many who gave other reasons said they had an application in process or were still researching their options.

Seven out of 10 homeowners (71.0%) said they received unwanted sales pitches after researching rates. These unwanted text messages, phone calls, emails and letters were even more common for those who succeeded in refinancing, with 78% saying they received such pitches.

Most found these sales pitches to be annoying, distracting or disruptive

Among those receiving sales pitches, 74% said they found them to be annoying, distracting or disruptive. Almost nine out of 10 homeowners (87.3%) who did not succeed in refinancing said they were bothered by the sales pitches.

Those who refinanced had a better experience researching rates

How to get prequalified rates, not sales pitches

Homeowners who want to take advantage of lower mortgage rates can better the odds of refinancing, and protect themselves from unwanted sales pitches, by using the Credible mortgage marketplace to request prequalified rates from multiple lenders. Obtaining rates from multiple lenders can also save consumers thousands of dollars, according to an analysis by mortgage giant Freddie Mac.

When you use Credible to check rates, you won’t be contacted by lenders unless you choose to move forward with a lender and loan product. Other comparison sites treat consumers as “leads” to be sold or handed off to multiple lenders.

If you find an option you like, Credible streamlines the application process, minimizing the questions you need to answer and automating document uploads. Credible provides an end-to-end mortgage experience that lets you complete the entire origination process from rate comparison up to closing without leaving the site.

Find Rates Now
No annoying calls or emails from lenders!

Credible is a multi-lender marketplace that empowers consumers to discover financial products that are the best fit for their unique circumstances. Credible’s integrations with leading lenders and credit bureaus allow consumers to quickly compare accurate, personalized loan options ― without putting their personal information at risk or affecting their credit score. The Credible marketplace provides an unrivaled customer experience, as reflected by over 3,700 positive Trustpilot reviews and a TrustScore of 4.7/5.

Home » All » Data Insights » Seven Out of 10 Homeowners Who Research Refinancing Get Unwanted Sales Pitches: Survey

Los Angeles Homeowners Could Save $31,000 When Cashing out Equity

Homeowners In the Nation’s Capital Could Save $21,000 When Cashing out Equity

Miami Homeowners Could Save $13,000 When Cashing out Equity