When Refinancing Student Loans, Who Chooses a Variable-Rate Loan, and Why? 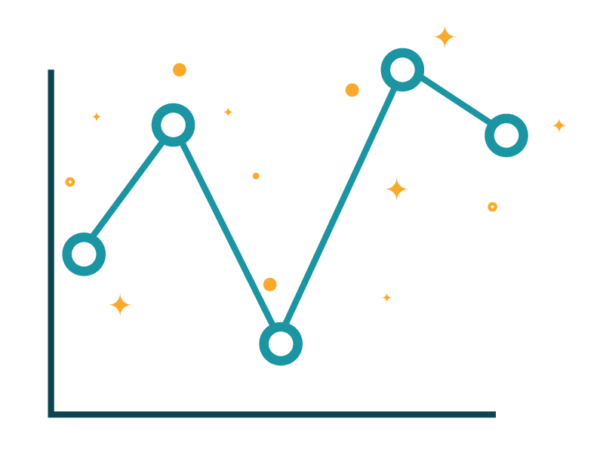 When you’re refinancing student loan debt, choosing between a fixed- or variable-rate loan can feel a bit like rolling the dice.

You’re likely to get a lower interest rate at the outset with a variable-rate loan. But your rate can go up — or down — as you pay back your debt, depending on economic factors that are hard to predict.

In this analysis, we look at historical data from the Credible marketplace to learn more about who chooses a variable-rate loan when refinancing student loans and why.

Short-term rates have been falling

Variable-rate student loans are usually tied to a short-term index rate like the prime rate or London Interbank Offered Rate (LIBOR). When economic conditions are tough, the Federal Reserve and other central banks cut short-term rates. But when the economy is booming, rates will often go up.

When you take out a variable-rate loan, the lender will add a margin to whatever index your loan is tied to. The margin depends on your creditworthiness, the loan type, and repayment term. Your margin doesn’t change, but the index can rise or fall, and your interest rate and monthly payment may increase or decrease. There’s often a limit on how much your rate can go up, but you might not hit your lender’s rate cap until your interest rate gets into the double digits.

This chart shows that since the summer of 2019, short-term interest rates that are used as indexes for variable-rate student loans have fallen by more than 2 percentage points. So if you took out a variable-rate loan tied to LIBOR or the prime rate in the last several years, you’d have a lower rate today.

Keep in mind: That doesn’t mean rates won’t go back up in the future, but the Federal Reserve has signaled it won’t raise short-term rates until the employment rate drops considerably and inflation becomes a worry.

How popular are variable-rate loans?

The share of variable-rate student loan refinancings initiated through the Credible marketplace dropped by more than half, from 36.2% in 2016 to 15.4% in 2018.

But when interest rates started coming back down in 2019 and 2020, more borrowers started to look at variable-rate loans as a promising avenue when refinancing student loans.

So far this year: Variable-rate loans account for more than one in five (20.5%) of student loans refinanced through Credible.

By comparison, only about 2% of applications for home loans are for adjustable-rate mortgages.

How much better will my initial rate be?

The rate that you might qualify for when refinancing student loan debt will depend largely on three factors:

The chart above shows that in the last 12 months, borrowers refinancing student loan debt through the Credible marketplace got the biggest break on a variable-rate loan when choosing the shortest loan term offered — 5 years.

While it might appear that the advantage you gain from selecting a variable-rate loan disappears when you choose a longer loan term, there’s another factor to keep in mind. Borrowers choosing variable-rate loans with longer repayment terms tend to have lower credit scores than those choosing fixed-rate loans. You can hover over the bars in the chart to see credit scores.

Variable-rate loans are popular for paying back loans quickly

Who is pursuing this strategy?

Refinancing your student loan debt into a loan with a shorter repayment term can help you get a lower interest rate. But it could also mean bigger monthly payments. The chart above shows that borrowers who choose variable-rate loans tend to have bigger salaries and smaller loan balances compared to those who choose fixed-rate loans.

That’s particularly true of borrowers with graduate degrees refinancing into variable-rate loans, who refinanced an average of $80,117 in debt, with an average income of $144,180.

Check out: Should I Switch To a Variable Rate Student Loan?

No prepayment fees to refinance again if you change your mind

Although the decision to refinance your student loans into a fixed- or variable-rate loan is a big one, you’re not necessarily stuck with it. If rates start going up, you won’t face prepayment fees if you decide to refinance again into a fixed-rate loan.

Lenders are prohibited by law from charging prepayment fees on student loans, and none of Credible’s student loan refinancing partner lenders charge application or origination fees.

About Credible
Credible is a multi-lender marketplace that empowers consumers to discover financial products that are the best fit for their unique circumstances. Credible’s integrations with leading lenders and credit bureaus allow consumers to quickly compare accurate, personalized loan options ― without putting their personal information at risk or affecting their credit score. The Credible marketplace provides an unrivaled customer experience, as reflected by over 3,800 positive Trustpilot reviews and a TrustScore of 4.7/5.

Home » All » Data Insights » When Refinancing Student Loans, Who Chooses a Variable-Rate Loan, and Why?

Less than half of millennials have explored student loan refinancing