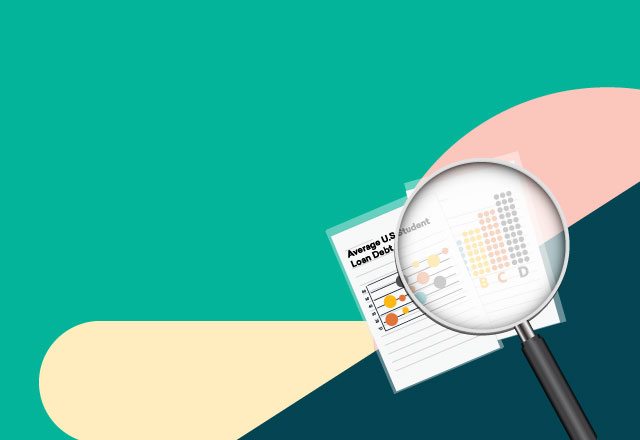 Statistics about average student loan debt in the U.S. make for frightening headlines, and it’s no wonder — there are some pretty big numbers being thrown around in 2019:

Here are the charts and data you’ll find below:

According to Credible’s analysis of statistics compiled by the U.S. Department of Education, as of Dec. 31, 2018:

According to data collected by MeasureOne, a consortium of lenders, as of Sept. 30, 2018:

Analysis: MeasureOne’s data shows that 92.4% of private student loans made to undergraduates for the 2018-2019 academic year were cosigned, compared to 63.4% of grad school loans. Click here for statistics on average interest rates for private and federal student loans.

According to an annual survey of thousands of colleges by the College Board, two-thirds of students who earned a four-year degree in 2017 borrowed for college. Among those who borrowed to get a bachelor’s degree:

The average amount of debt taken on to earn a degree can vary significantly by school type. Data from the College Board and the Department of Education shows that average debt for recent graduates is: 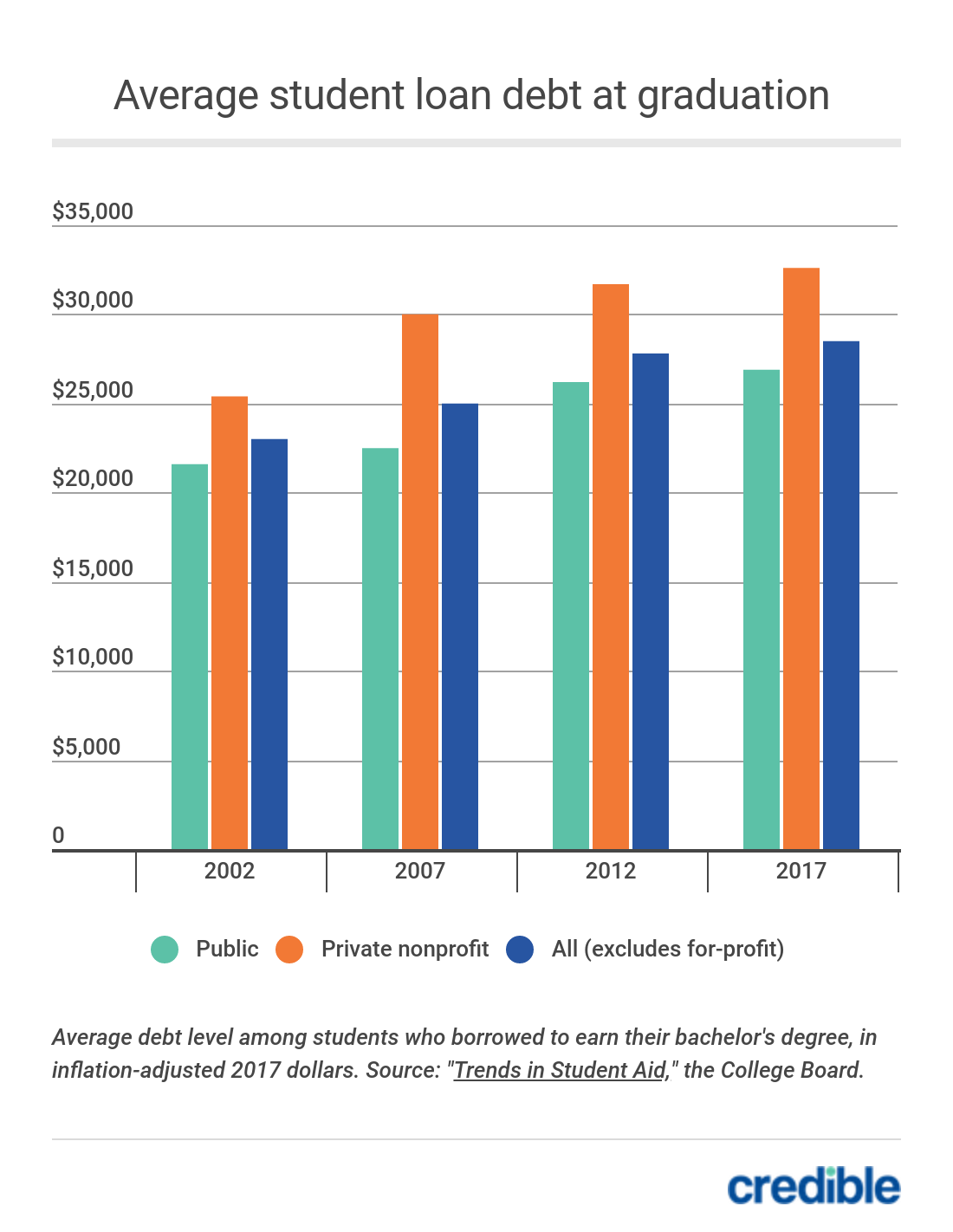 Analysis: The chart above shows that 2017 graduates who borrowed to get their bachelor’s degree from nonprofit schools (public and private) took on $28,500 in debt, on average, up 24% from 2003 after adjusting for inflation.

The College Board’s estimates for average student loan debt at graduation are similar to those reported by the Institute for College Access & Success (TICAS), which uses data collected from colleges by Peterson’s Undergraduate Financial Aid Survey.

The College Board and TICAS don’t track debt taken on by students at for-profit schools. But according to a Department of Education survey of 2016 graduates, 83.1% of students earning bachelor’s degrees from private, for-profit schools borrowed to get their degree, taking on $39,900 in debt, on average.

If you’re curious about the average debt for graduates of a particular school, you can use tools like College Scorecard. 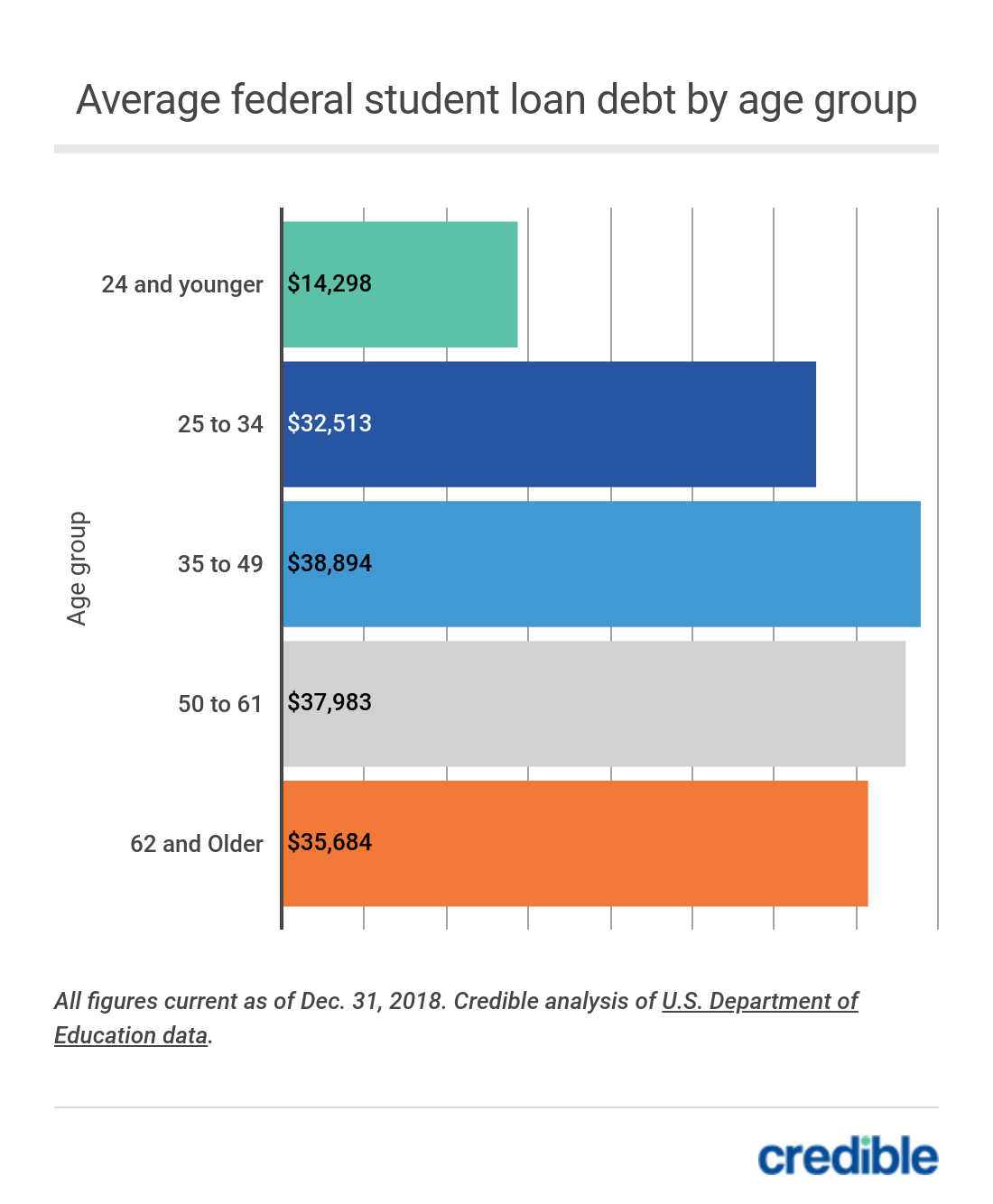 Analysis: The chart above shows that borrowers ages 35 to 49 hold the largest share of federal student loan debt. While the share of student loan debt held by those 24 and younger might seem small, keep in mind that many aren’t done borrowing.

Borrowers 62 and older hold the smallest share of debt, but the 1.9 million people in this age group owe $67.8 billion. That’s largely a reflection of the growing popularity of federal PLUS loans that parents take out to fund their children’s educations.

The chart below shows that among federal student loan borrowers:

Analysis: While only a small fraction of borrowers (6.2%) owe $100,000 or more, that group owes a disproportionate amount of total student loan debt: $495.8 billion. That’s about one-third of all outstanding federal student loan debt.

Most of these borrowers racked that debt up while attending grad school.

Most federal student loan borrowers (76.9%) owe less than $40,000, which is more typical of “Average student loan debt for recent graduates.”

According to the Federal Reserve’s Survey of Consumer Finances:

Analysis: The average monthly payment for student loan borrowers depends not only on the amount they owe, but their interest rate and how many years they will take to repay their debt.

Not everyone with student loans is making monthly payments. Some are still enrolled in school, and others have been granted deferment or forbearance. Still others are in default. The Federal Reserve’s Survey of Consumer Finances found that 38% of borrowers with student loans had one or more loans in deferment.

News headlines can leave us with the impression that student loan debt is growing rapidly, threatening to reach crisis levels, and that more students than ever are deep in debt. But too often there’s not enough context provided with these numbers.

Population growth and inflation, for example, can explain some of the increase in total student loan debt. If you take inflation into account:

But because borrowing limits on federal student loans haven’t increased in more than a decade, more families find themselves turning federal PLUS loans. According to data compiled by the College Board, PLUS loan borrowing has grown by 17% in the last seven years, to $23.1 billion. Private student lending has picked up even faster, growing by 36% to $11.6 billion. 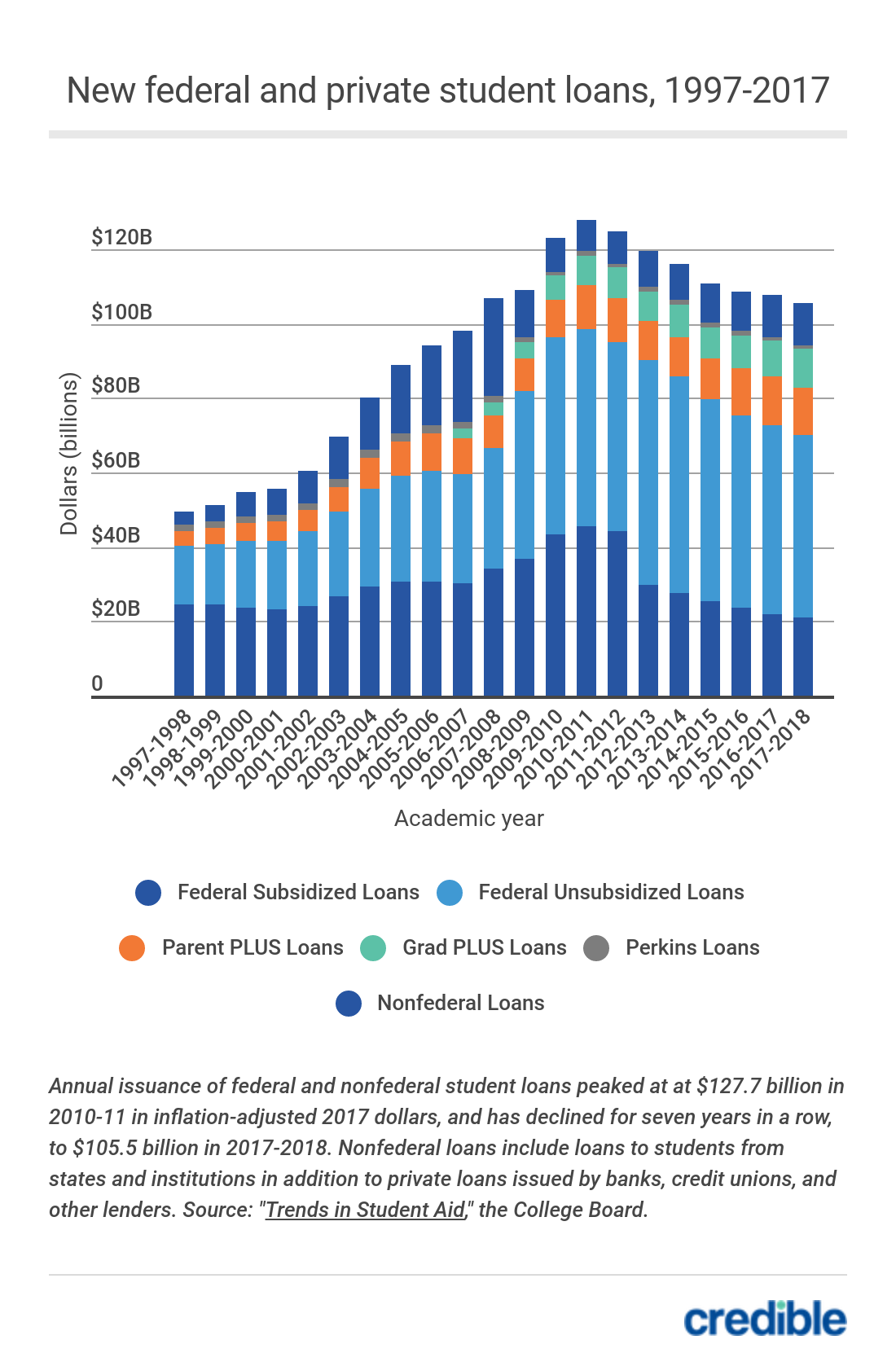 And while 2.7 million people owe $100,000 or more in student loan debt, most are high earners with graduate degrees who are paying back their loans. The borrowers who are most likely to struggle to repay their loans typically have much smaller levels of debt. 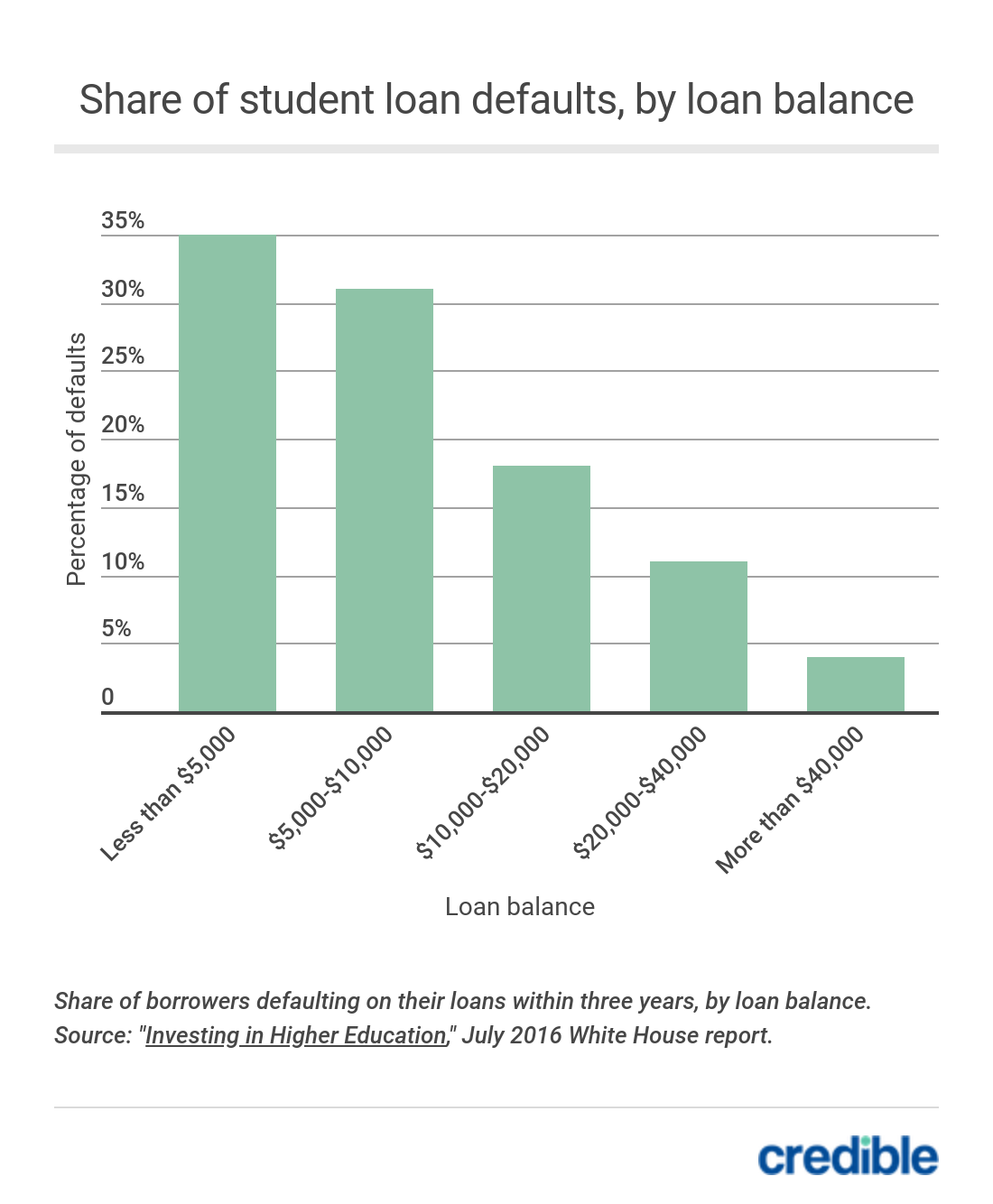 That’s because many students who take out smaller loans don’t finish their degrees or obtain degrees that don’t do much to boost their earning potential.

This ongoing tally by the Federal Reserve is one of the scariest student loan debt statistics out there: 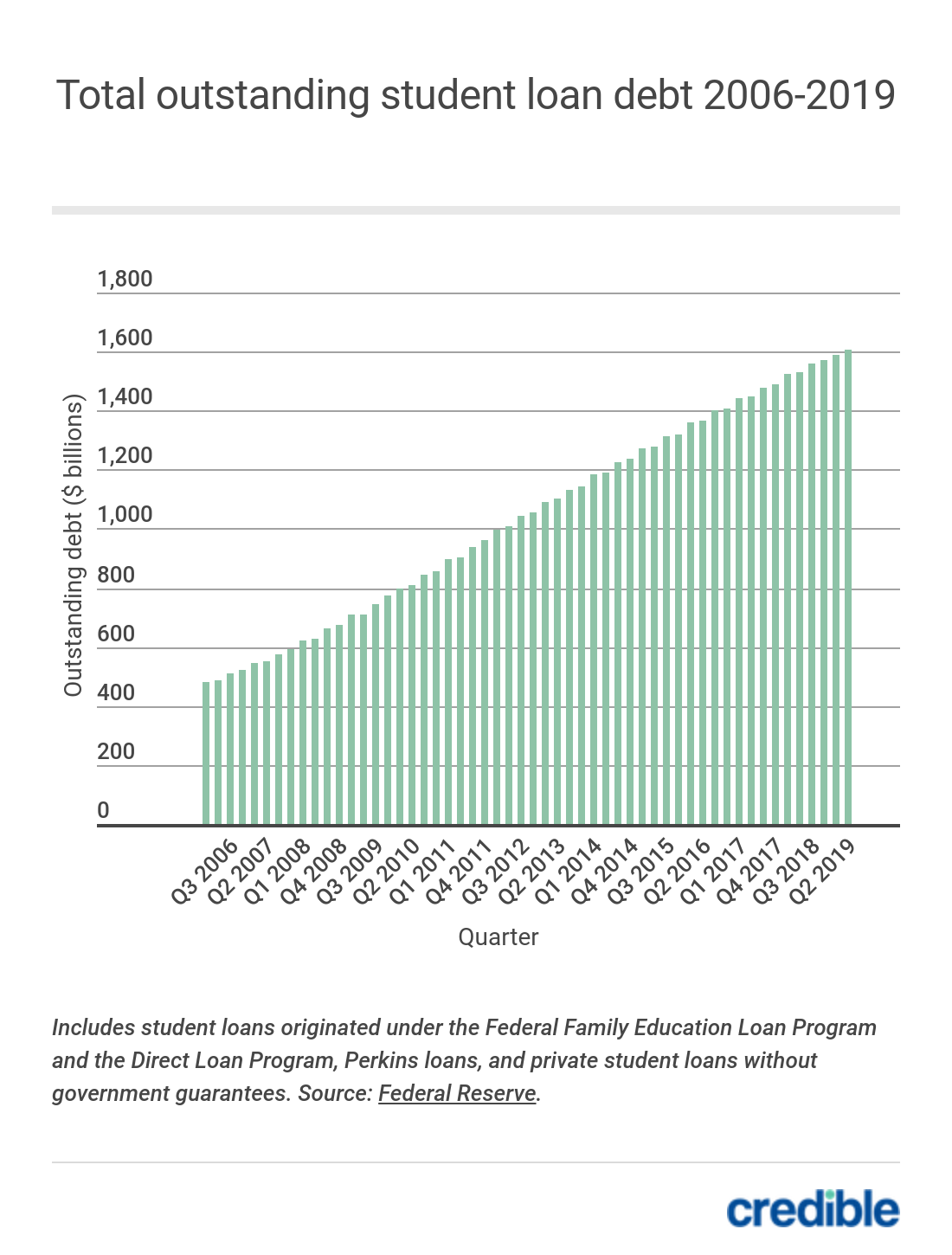 Analysis: There are several reasons this chart looks so ominous. Although growth in borrowing by individuals has slowed, the cumulative number of people going to college (and paying back loans) keeps going up.

Analysis: The Federal Reserve’s long-running Survey of Consumer Finances, which is conducted every three years, provides some good insights into family student loan debt, which includes all borrowers in a household.
After adjusting for inflation, families owed $10,100 in inflation-adjusted dollars in 1989, so the real increase is closer to three times than six.

Percentage of families with student loans

The Survey of Consumer Finances also shows that it’s much more common for families to have educational debt today than it was a generation ago: 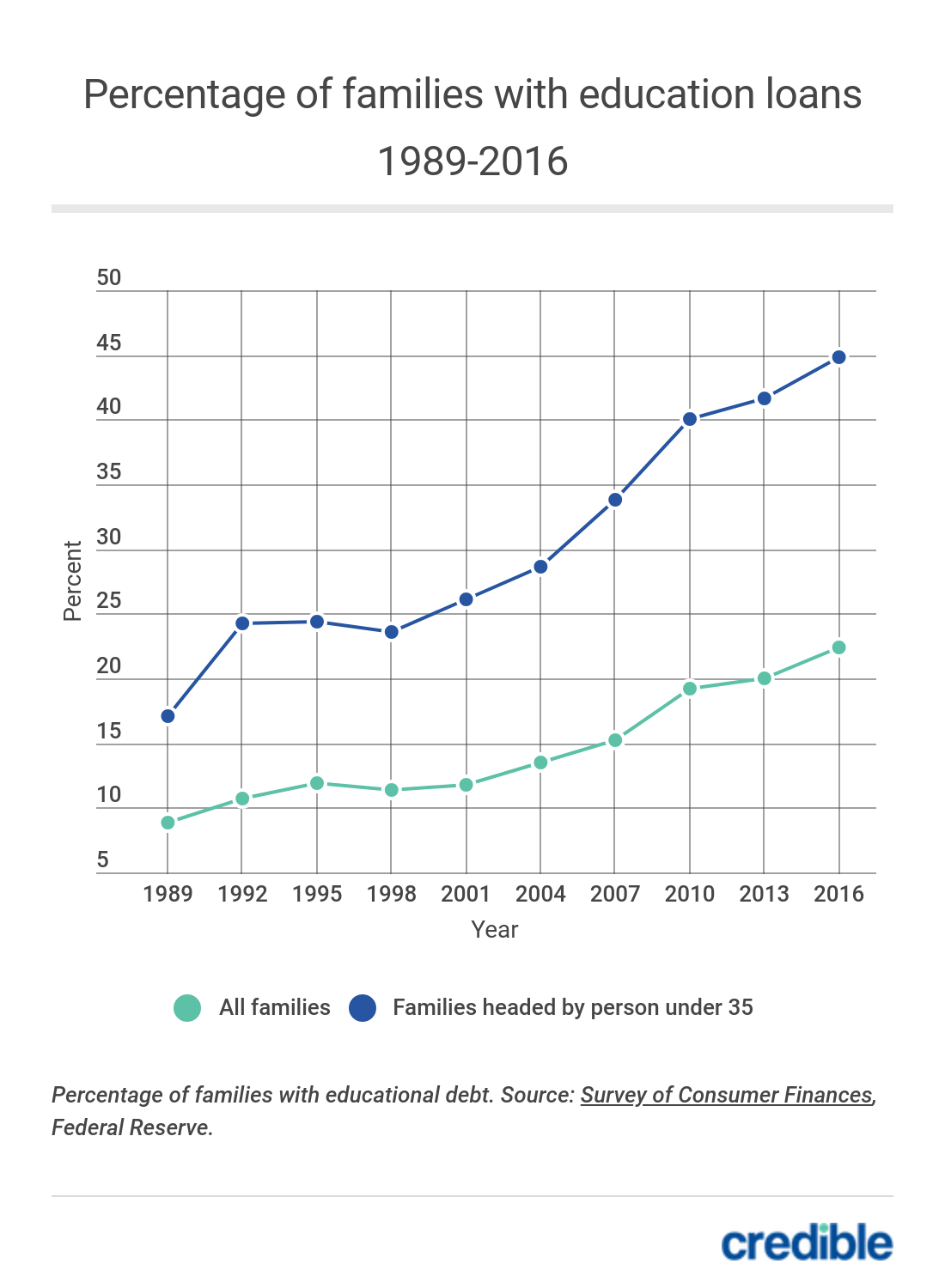 To help you get a better grasp of the numbers, we’ve provided the sources for all the statistics we cite to help anyone from journalists to students.

All of the charts in this article are free for you to share or embed on your own website, blog, or research paper.

Check out the other articles in this series, which look at the average time to pay off student loans, average graduate school debt, average cost of college, and student loan default rates.

What Is the Average Time It Takes to Repay Student Loans?

Get an FHA Mortgage with Deferred Student Loan Debt