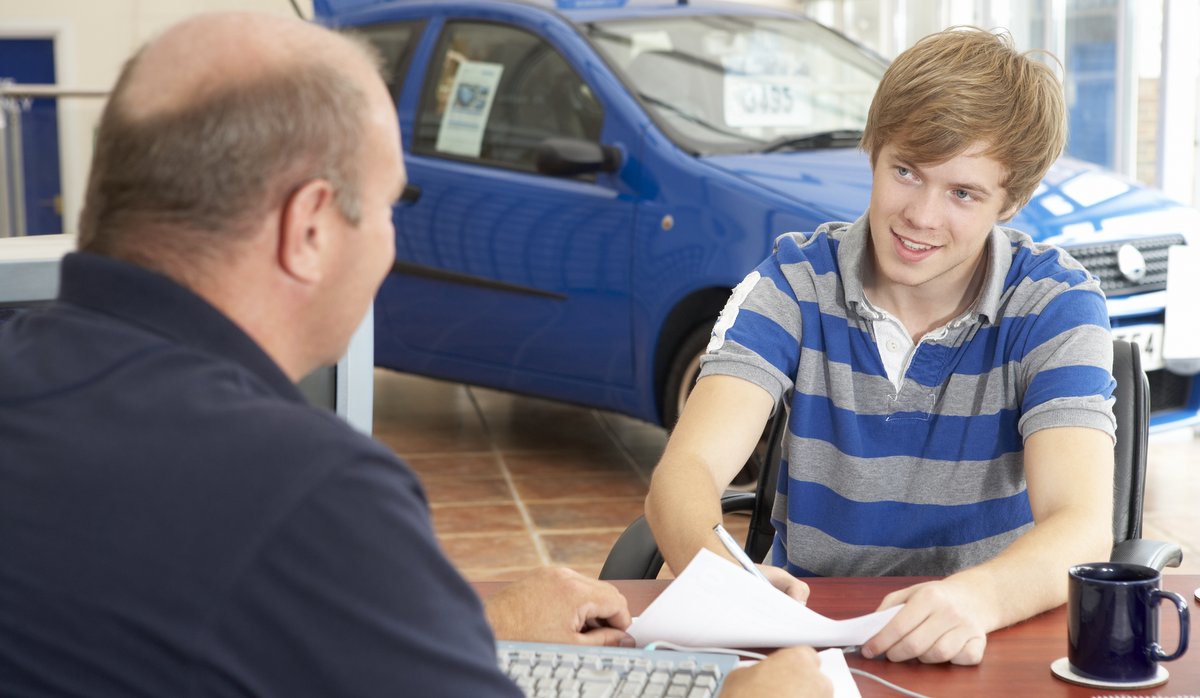 Some car buyers refinance their auto loans after claiming cash rebates and other incentives that require them to take out a loan provided by the dealer. Photo credit: Shutterstock.com.

Some car buyers are outsmarting auto dealers by taking them up on offers of cash rebates and other incentives that require them to take out a loan provided by the dealer, then refinancing their loans as soon as the deal closes.

That’s according to a new TransUnion study of 1.5 million loans originated in 2013 and 2014, which found that borrowers refinancing their auto loans were able to lower their interest rate by 2.4 percentage points, on average.

“We found that some consumers, especially those interested in taking advantage of loyalty programs and bundled options, will refinance their loans a day or two after the original purchase,” said Brian Landau, senior vice president and automotive business leader at TransUnion.

It’s become routine for borrowers to refinance mortgages or student loans months or years after taking one out, if they can get a better rate when their credit improves or interest rates fall. But why would a car buyer accept a loan provided by their dealer, then turn around and refinance it almost immediately?

Buyers may accept an auto loan that they plan to refinance in order to claim incentives — like loyalty discounts in the form of cash rebates, or discounts on bundled options — that may be offered exclusively to buyers who accept dealer-provided financing.

When manufacturers offer these incentives, they may require that a car be purchased through a company they control. All the big car makers — General Motors, Ford, Chrysler, Nissan, Honda, Toyota, and Volkswagen — have lending divisions or subsidiaries that finance loans to consumers.

According to the latest numbers from Experian, about 85 percent of new car purchases are financed, and these “captive” lenders capture just over half (53.5 percent) of that business.

Just because a loan is offered through a dealer doesn’t automatically mean it’s overpriced. But buyers who don’t compare rates with multiple lenders may miss out on better deals. Researchers at Brigham Young University and MIT’s Sloan School of Management recently concluded that most borrowers could get better rates if they checked rates with just two additional lenders.

Car buyers “who might be paying a somewhat higher interest rate on the loans they obtained through the dealership may find that refinancing can lower those interest rates or extend the loan term,” Landau said.

Dealers can earn big markups by connecting buyers to captive lenders and others that they’re partnered with. That’s led to allegations that minorities may be subjected to discriminatory practices and end up paying higher interest rates.

Dealer add-ons like service contracts and window etching can also be also pile on “excessive, inconsistent, and discriminatory” costs that can be rolled up into a loan, the National Consumer Law Center found in a recent report.

“The largest source of dealer profit from car sales at many car dealers is not the sale of the ‘metal’ (the vehicle itself), but the extension of financing and the sale of ‘add-ons'” the report’s authors concluded.

Dealers may charge $129 to $3,998 for window etching, which supposedly helps deters thieves by scratching the vehicle identification number (VIN) onto all of a car’s windows, even when buyers haven’t asked for it, the New York Attorney General alleged in a lawsuit last year.

Dealer add-ons can increase the borrower’s monthly payments by tens or hundreds of dollars. Refinancing into a loan with a longer repayment term lowered the monthly payment by $52, on average, TransUnion found.

For borrowers who weren’t thinking about refinancing their auto loan when they took it out, there are a couple of potential hurdles to be aware of.

Upside down loans. Many lenders won’t refinance an auto loan if the outstanding balance exceeds what the car is worth. A growing number of borrowers who make a small down payment and choose a repayment term that’s longer than the standard three to five years start out “upside down” on their loans, owing more than the car is worth. In these situations, borrowers may not have any equity in their car until they’ve made three to five years of payments.

Car owners refinancing their vehicles may also be responsible for title transfer fees, which can vary widely. In Michigan, the fee is $15, while New Jersey car owners pay $60.