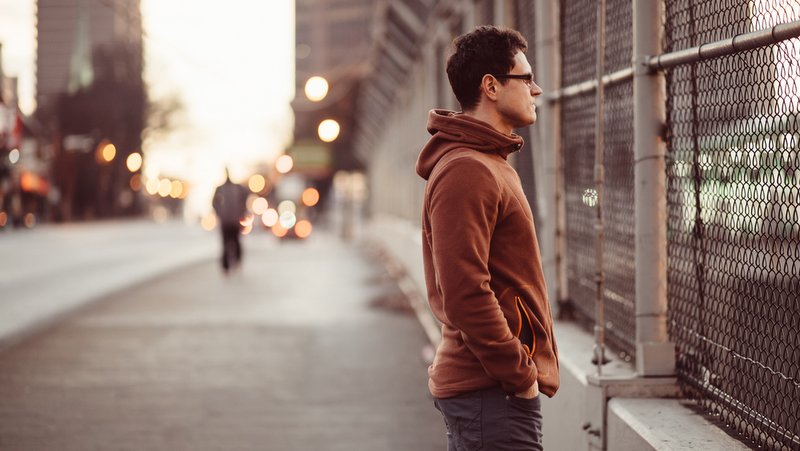 Graduating from college and landing a job was once considered a big step on the path toward fulfilling traditional goals like getting married, starting a family, and buying a car and a house.

But those life goals — and others, like starting a business — often require that the individual borrow money. With college graduates now leaving school with an average of $35,000 in student loan debt, it can be hard to borrow additional money to realize those goals.

A Gallup survey of recent college graduates found that 43 percent of those with more than $25,000 in student loan debt have put off plans to buy a home. One in four said they’d pushed back their timeline for starting their own business or having children, and 19 percent even said their student debt burden was an obstacle to getting married.

Borrowing money to attend college often pays off in the long-run. But even as college costs have increased dramatically over the last decade, salaries for college graduates haven’t kept up.

This means that a larger chunk of a graduate’s income must be earmarked for paying down student debt — reducing their ability to borrow additional money to buy a car or house, or start a business.

One of the best way to visualize the effect student loan debt can have on your ability to borrow is by looking at debt-to-income (DTI) ratio. While lenders typically consider your FICO or other credit score to determine the interest rate, it’s your DTI that will often determine whether you can get a loan in the first place.

In this edition of Credible Insights, we analyze anonymized debt and salary data submitted by borrowers seeking to refinance their student loan debt through the Credible platform.

Our analysis shows how DTI can vary depending on the field you obtain your degree in (political science or history, for example), and whether you go to graduate school or not.

The interactive graphic below estimates how student loan debt contributes to DTI by degree type, and also allows you to see how adding other debt — like a mortgage, car payment, or credit card debt — can quickly push the ratio up into levels that can be problematic.

Some fields of study, like law and medicine, often entail taking on more student loan debt than others. But more expensive fields of study may also lead to higher earnings.

The chart shows that while graduates in each field start out with different DTIs based on their student loan debt, adding additional debt like a mortgage will have a greater impact on those with lower earnings.

A nutritionist, for example starts out with lower DTI (7.4 percent) than a pharmacist (11.2 percent). But start adding credit card debt, car payments, and a mortgage, and a pharmacist’s greater earnings potential could allow them to maintain a much more favorable DTI.

So how much debt is problematic?

According to the National Foundation for Credit Counseling (NFCC), a good rule of thumb is that a DTI of 36 percent or lower is the sweet spot — and “lower is always better.”

Our analysis shows that while student loan debt alone won’t necessarily get you into the danger zone — even veterinary school will only get you to about 15 percent — it could make it harder to take on additional obligations, particularly a mortgage.

If you want to buy a house, for example, the lowest mortgage rates are offered by lenders who plan to package up loans that can be guaranteed by Fannie Mae or Freddie Mac and sold to investors. Fannie Mae prefers borrowers with a DTI of 36 percent or less — that includes your mortgage payment, property taxes, hazard insurance and other obligations like car payments, student loans, and credit card debt.

Fannie Mae will sign off on borrowers with DTIs of up to 45 percent, but only if they have good credit scores and are making fairly substantial down payments. FHA-backed mortgages — a favorite among younger homebuyers who don’t have much money saved up for a down payment, and who are willing to pay additional mortgage insurance premiums — are in most cases off limits for borrowers with DTIs exceeding 43 percent.

The Consumer Financial Protection Bureau also highlights 43 percent as a number to keep an eye on, because it is generally the highest DTI you can have and still be eligible for a Qualified Mortgage.

In a 2013 analysis, researchers at the New York Federal Reserve found that during the Great Recession, home and auto borrowing fell the most dramatically for those who had taken out student loans.

New York Fed researchers Meta Brown and Sydnee Caldwell wondered if college grads scaled back their borrowing during the recession because of more modest earnings expectations. But they also noted that borrowers with “substantial student debt” might not be meeting stricter DTI standards adopted by lenders.

A more recent analysis by Zillow suggests that in the long run, having a college degree — particularly an advanced degree — dramatically increases the probability that you will be a homeowner. Zillow’s analyses show that the amount of student loan debt taken on only diminishes the probability of homeownership slightly, except for those who have only a two-year associate’s degree, or no degree at all.

To build the interactive chart above, we used actual (but anonymized) income and student loan debt data submitted by 11,512 applicants seeking to refinance their loans through the Credible platform.

Since debt-to-income ratios are calculated by dividing total monthly debt obligations by monthly income, we made some assumptions about monthly debt payments.

In practice, borrowers may be able to significantly lower their monthly student loan payments — and the DTIs associated with those payments — by extending their loan terms, or refinancing with private lenders at lower rates. Federal student loans are eligible for income-driven repayment plans that can stretch loan terms out to 20 or 25 years. Private lenders offer refinancing through the Credible platform at rates starting at 2.13 percent for variable-rate loans, and 3.50 percent for fixed-rate loans.

Sources: For monthly credit card payment, we relied on figures from TransUnion’s Industry Insights Report for the third quarter of 2015. Average mortgage payment, as well as average monthly rent, is based on the Federal Reserve’s Report on the Economic Well-Being of U.S. Households in 2014. Assumptions for new and used monthly car payments are from Experian’s State of the Automotive Finance Market report.

Since median monthly income for each degree type varies, the addition of any monthly debt payment will have a different effect on DTI.

A $1,344 mortgage payment, for example, adds 9.49 percentage points to the DTI of a borrower holding a graduate degree in medicine, compared to 40.32 percent for a borrower with an undergraduate psychology degree. Although a doctor might be expected to shop for a more expensive house than a psychology undergrad, the comparison illustrates how taking on the same amount of additional debt can have a disproportionate effect, depending on degree type.

*Median debt and income levels are provided by Credible users at the time of loan application. Applicants had college graduation dates ranging from 1975 to 2021. Debt levels will typically decline and income levels will increase in the years following graduation. The Association of American Medical Colleges estimates that, on average, 2014 med school graduates had $176,348 in student loan debt. Medical school graduates applying for loan refinancing through Credible had median student loan debt of $110,555.