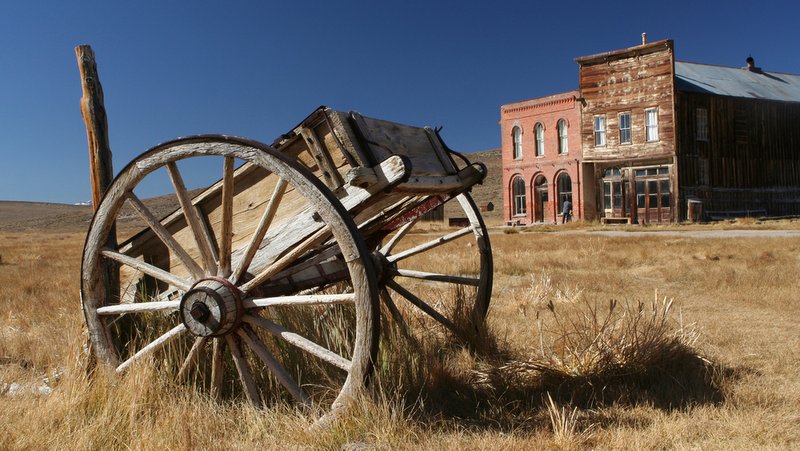 Like a spaghetti western, student loan borrowers have to keep an eye out for trouble coming out of the shadows. Photo credit: Shutterstock.

There were a number of notable developments — good and bad — for student loan borrowers in 2017, and even bigger changes are likely to be in store for 2018.

Now that Congress has had a shot at tackling issues like health care and tax policy, one of the next items on the political agenda is the first big overhaul of the U.S. student loan system in nearly a decade.

As part of reauthorization of the Higher Education Act, House Republicans have put forward a plan that’s aimed at not only simplifying the choices that students have when taking out and repaying loans, but which could also make some families more dependent on private lenders.

Republicans may have trouble pushing all of their proposals through the Senate. So it may be too soon to get too caught up on specifics put forward by the House, like the potential elimination of “time-based” student loan forgiveness (for more details, see, “Congress hasn’t made big changes like this to student loans in nearly a decade.”).

But even if Congress gets bogged down and fails to enact sweeping changes to the student loan system, the issues highlighted below were critical to student loan borrowers in 2017 and are expected to be in play again next year.

As with the Sergio Leone spaghetti western, the terms “good” and “bad” are used loosely here — they’re characterizations that reflect the perspective of many borrowers. In a similar vein, “ugly” refers to uncertainty about the future, not necessarily the merits of the ideas discussed.

The good: In 2017, rates on federal student loans remained well below levels paid by borrowers taking out loans a decade ago on the eve of the financial crisis.

The bad: Rates on federal student loans to new borrowers are indexed to 10-year Treasury notes, and increased in 2017 for the first time in three years.  The up-front fees on federal loans also add to their cost. The 4.264 percent up-front fee on PLUS loans, for example, adds about a full percentage point to the annual percentage rate (APR) paid by borrowers.

The ugly: Once you take them out, rates on federal student loans are fixed for life. But rates paid by new borrowers could continue to head up in years to come. In addition, House Republicans want to get rid of the interest rate subsidy that’s provided to low- and moderate-income borrowers while they’re still in school. If that happens, up-front fees on federal student loans could also be eliminated, which would lessen the sting.

Borrowers with variable-rate student loans will want to keep an eye on what the Federal Reserve does with short-term rates. Fed policymakers have been gradually raising the federal funds rate since December 2015. With three more increases of 0.25 percentage points each currently forecast for 2018, the interest rate on variable-rate student loans could increase by nearly a full percentage point next year.

The good: The number of borrowers enrolled in income-driven repayment plans that help federal student loan borrowers manage their monthly payments and qualify for loan forgiveness continues to grow. As of Sept. 30, 2017 there were 6.49 million borrowers repaying $352.5 billion in federal direct loans in an IDR plan, a 22 percent increase from a year ago.

The bad: Too many borrowers still don’t know about IDR plans. That means they’re not putting themselves in a position to qualify for loan forgiveness, and many have defaulted on their loans. Defaulting on your loans can hurt your credit, and increase your total repayment costs.

The ugly: The future of income-driven repayment plans and loan forgiveness is in doubt. Although existing borrowers would still qualify, House Republicans have proposed closing several programs available today to new borrowers, including Public Service Loan Forgiveness. Income-driven repayment plans aren’t always great for borrowers. Stretching out your payments over a longer period of time can increase overall repayment costs, and studies show many borrowers aren’t even making a dent in their principal.

The good: House Republicans had proposed eliminating the tax deduction for student loan interest, and taxing tuition discounts and waivers provided to grad students. Senate Republicans ignored those ideas, and they were not included in the final tax bill signed into law by President Trump Dec. 22.

The bad: Loan forgiveness that’s granted after 20 or 25 years of payments is still considered taxable income — as a disabled Afghan war vet discovered when he was hit with a $62,000 tax bill from the IRS.

The ugly: While interest rates on student loans may continue to creep up, the student loan interest deduction won’t be THAT much help, particularly for borrowers with big loan balances. The most interest you can deduct is $2,500, so if you were in the 25 percent tax bracket, it used to be the most you could save was $625. Now, with the rate for taxpayers in that tax bracket having been cut to 22 percent, the maximum savings will be $550 (single taxpayers earning more than $80,000 and married couples making more than $165,000 can’t claim the deduction).

The good: New lending rules put in place by mortgage giants Fannie Mae and Freddie Mac have increased the odds that borrowers with student loan debt can be approved for a mortgage. The new rules may also allow them to take out a bigger loan.

The bad: Homebuyers with student loan debt may not have enough savings to make the standard 20 percent down payment, meaning they can expect to pay extra for mortgage insurance.

The ugly: If home price gains prove to be unsustainable — or if an unexpected crisis sends the economy into a tailspin — homebuyers with little equity in their homes would be at greater risk of foreclosure if they can’t make their mortgage payments.

The good: In what was billed as “Operation Game of Loans,” the Federal Trade Commission and authorities in 11 states took action in October against debt relief companies accused of cheating desperate borrowers out of more than $95 million in illegal upfront fees.

The bad: Thanks to a virtually endless supply of potential victims — more than 40 million Americans are paying down student loan debt — debt relief companies seem to spring up almost as quickly as authorities can shut them down.

The ugly: Defenders say that some debt relief companies provide legitimate services, helping borrowers navigate complex paperwork. The Consumer Financial Protection Bureau advises that borrowers should never pay upfront fees, and notes that many of the services that debt relief services charge for are available for free through loan servicers and the Department of Education. In 2018, look for debt relief companies to band together and lobby for relaxed regulations and enforcement.

Relief for victims of for-profit schools

The good: The Obama administration approved $449 million in student loan debt relief to nearly 32,000 students who alleged defunct for-profit colleges including Heald, Everest, and WyoTech misrepresented their job placement rates, and whether credits earned at the schools could be transferred. After putting on hold a review of thousands of other “borrower defense to repayment” claims after Trump took office, on Dec. 20 the Department of Education announced it had approved another 12,900 pending claims submitted by former Corinthian Colleges Inc. students.

The bad: In the future, the Department of Education says it will use an “improved process” that will only provide partial relief to defrauded students, unless they’re making less than 50 percent of peers who have graduated from similar vocational programs.

The ugly: The Trump administration is drawing up new rules for making borrower defense claims that are expected to be more restrictive, and House Republicans have proposed getting rid of them altogether.

The good: For borrowers paying back student loans, the Consumer Financial Protection Bureau had your back for most of 2017, continuing to keep a close eye on loan servicers, companies that collect payments on behalf of the government or private lenders.

The bad: With the departure of founding director Richard Cordray, a political battle over control of the CFPB broke out at the end of the year. The battle has moved to court, but Cordray’s would-be successor, Trump appointee Mick Mulvaney, is not as enthusiastic about its mission (he once famously derided the agency as “a sick, sad joke.”).

The ugly: Many banking and financial services industry groups have said consumers would be better off if the CFPB were more accountable. Critics say it’s been overzealous in interpreting and enforcing laws put in place after the financial crisis to keep abuses by lenders in check. Once the battle of succession at the agency has been settled, they expect the bureau to scale back enforcement, restrict access to its consumer complaint database, and roll back payday lending rules.

The good: Secretary of Education Betsy DeVos put the brakes on a plan to allow a single company to collect payments on all student loans.

The bad: The Department of Education may now have trouble meeting its timeline for fulfilling the original objective put forward by the Obama administration — a single, standardized Web portal where borrowers can manage their student loans, regardless of who their loan servicer is.

The ugly: If you’ve got student loans, the company that handles your payments is called your “loan servicer.” You may not always be able to count on your loan servicer to act in your best interests. So being able to vote with your feet and choose a different loan servicer can be valuable. Although the federal government contracts with nine different student loan servicers, the four biggest companies collect payments 93 percent of federal student loans. One of those companies, Nelnet, plans to acquire a rival, Great Lakes Higher Education, a deal that would leave three big loan servicers.