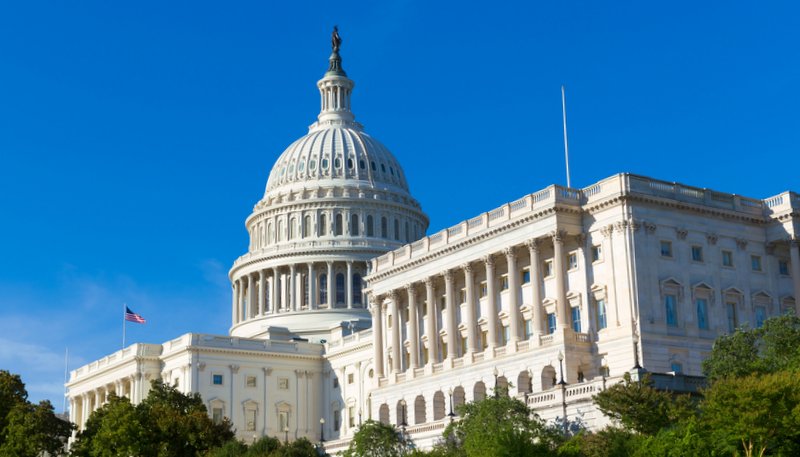 An overhaul of the U.S. tax system will preserve a number of tax benefits for college students and student loan borrowers that had been targeted for elimination by House Republicans — including the student loan interest deduction and tax-free tuition waivers for grad students.

But private colleges with big endowments are smarting at the prospect of a new 1.4 percent excise tax on their investment income.

Backers say the tax on endowments  — which will affect not only Ivy League Schools like Princeton, Harvard, Yale, but other elite schools nationwide like Notre Dame and Stanford — will provide an incentive for schools to use their endowments to lower tuition.

After weeks of uncertainty and negotiations, a conference committee tasked with resolving conflicts between competing tax plans approved by the House and Senate has come up with final language of legislation that’s expected to land on President Donald Trump’s desk before Christmas.

According to a breakdown of the bill’s key provisions published by the conference committee today, several proposals put forward by House Republicans to limit tax breaks for college students and student loan borrowers that were snubbed by the Senate have also been scrubbed from the final bill.

Tax perks for college students and student loan borrowers that will be preserved include:

Although House Republicans proposed killing the student loan interest deduction, the GOP holds a more narrow majority in the Senate, and the proposal was left out of the tax bill approved there and in the final language approved by the conference committee.

Graduate students and colleges that depend on their contributions as teachers and researchers protested a tax on tuition waivers, and the Senate’s tax bill included no such provision. The conference committee went with the Senate’s approach.

Under current law, employers can provide up to $5,250 in tax-free tuition assistance to employees. The tax bill passed by House Republicans would have treated this employer perk as taxable income. The Senate tax bill left existing law in place, and that’s the approach taken by the conference committee.

Eliminating the student loan interest deduction, treating tuition discounts and waivers as income, and taxing employer-provided tuition assistance would have generated $47.5 billion in additional tax revenue over the next decade, backers said.

House Republicans also proposed raising another $17.3 billion in revenue over 10 years by streamlining three existing higher education tax credits — the American Opportunity Tax Credit, the Hope Scholarship Credit, and the Lifetime Learning Credit — into a single program of less value to graduate students. The plan was to allow students to claim the American Opportunity credt for five years, instead of four, but eliminate the Lifetime Learning Credit (which had, for the most part, already replaced the Hope Scholarship Credit).

The Senate left all three higher education tax credits in place, and the conference committee followed the Senate’s lead.

Nonprofit and state-based student lenders in 19 states objected to the move, saying the ability to fund loans by issuing tax-exempt bonds allows them offer lower interest rates and fees.

A trade association representing nonprofit and state-based lenders, the Education Finance Council, estimates that its members provided $1.2 billion in loans to 75,000 borrowers during the 2016-2017 school year.

Convinced that some colleges and universities are sitting on huge endowments that generate investment income that can be used as a slush fund, House Republicans decided to impose a 1.4 excise tax on the investment income of private schools with at least 500 students and assets of at least $250,000 a student. Senate Republicans thought enough of the idea to include it in their tax bill, but doubled the the per-student threshold to $500,000.

The bill approved by the conference committee adopts the Senate’s approach, although schools with more than 50 percent of their tuition paying students located outside of the United States would be exempt.

Once the tax bill is behind them, lawmakers are expected to turn to other pressing issues, including reauthorization of the Higher Education Act. House Republicans have introduced legislation to “simplify and improve student aid” by creating a system with “one grant, one loan, and one work-study system.”

The Promoting Real Opportunity, Success, and Prosperity through Education Reform (PROSPER) Act would eliminate up-front fees and increase borrowing limits for most types of government student loans. But the bill would also impose tighter limits on federal student loans to parents and grad students, which could make some families more reliant on private lenders.

The PROSPER Act, which sailed through the House Education Committee on Dec. 13 in a 23-17 vote, would also:

That’s because the PROSPER Act’s income-driven repayment plan would allow borrowers to stretch out their payments over a longer period of time, but they would never pay more total principal and interest than they would have paid under a standard 10-year plan.

Currently, borrowers who choose to stretch out their payments over as long as 20 or 25 years in programs like PAYE and REPAYE often pay considerably more than borrowers enrolled in the standard 10-year plan — particularly if they do not end up qualifying for loan forgiveness.

An analysis by the Center for American Progress found some borrowers earning very modest incomes would be better off in PAYE or REPAYE. But the PROSPER Act’s income-driven repayment plan would be a better deal for most borrowers, the analysis showed.

Critics say other language buried in the 542-page bill would give religious colleges and universities a blank check to discriminate against students based on their sexual orientation and gender identity, and deter public universities from enforcing their own nondiscrimination policies for student organizations.

Many observers expect that as was the case with the tax bill, the Senate will have its own ideas about reauthorizing the Higher Education Act, and will not get behind all of the provisions put forward in the House.