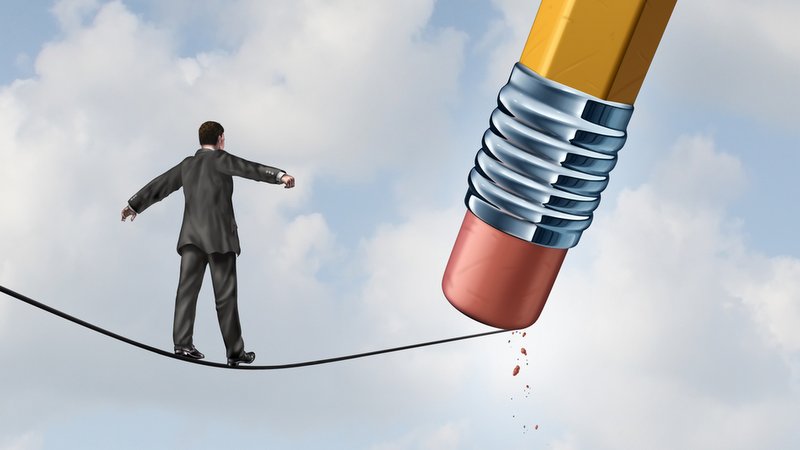 How much are Americans’ views on college costs and student loan debt shaped by our ideological beliefs, as opposed to a wonkish analysis of the facts?

Consider these statements from four candidates seeking to represent residents of Northern Michigan in the U.S. House of Representatives. See if you can match each statement to the candidate’s political party — Democrat, Republican, Green, Libertarian (answers at bottom).

After every election, promises and proposals candidates have made on the campaign trail are revisited, and the real work of turning speeches and policy papers into legislation begins.

Senate Democrats have already introduced a package of bills that would make good on Hillary Clinton’s promises to provide tuition-free college for most students and refinance student loans at lower rates.

Backers of those bills are aware they will go nowhere as long as tax-averse Republicans remain in control the House and Senate. But Democrats have touted them in appeals to millennial voters.

Now Donald Trump has rolled out his own appeal to millennials — a plan for student loan forgiveness that has been described as being “to the left of Obama.”

Trump’s proposal came as something as a surprise, since the Republican Party platform includes no such plank. If he were to become president, Trump might find Congressional conservatives just as hostile to his last-ditch Hail Mary to young voters as they are of Clinton’s “New College Compact.”

Economists: Borrowing is an investment in your future

Two new books suggest that, before introducing more bills aimed at tackling college affordability and student loan debt, lawmakers on both sides of the aisle might want to revisit some of their assumptions.

In “Game of Loans: The Rhetoric and Reality of Student Debt,” economist Beth Akers and policy wonk Matthew Chingos are out to dispel the idea that there’s a “widespread, systemic student loan crisis, in which the typical borrower is buried in debt for a college education that did not pay off.”

The problem, Akers and Chingos say, is not that most students must borrow to get their college degrees (as Democrats would have it, in proposing tuition-free public college for most students).

Students who complete their degrees are typically in a good position to repay their student loans because they get an earnings boost, the authors of “Game of Loans” say. To them, and other economists, borrowing to go to college represents an investment in the future.

Making public college tuition free would open doors for some students. But it would also reduce incentives for colleges to curb costs, and leave taxpayers footing the bill for some families who are able to pay their own way, Akers and Chingos point out (grant programs are a more cost-effective way to help low-income students, they say).

Economist Sandy Baum makes a similar point in “Student Debt: Rhetoric and Realities of Higher Education Financing.” Baum asks, “If students shouldn’t have to pay for a portion of their education with their post-college earnings, who should pay?”

In a Money editorial summarizing her book’s findings, Baum says it’s not enough to simply throw open the doors to college, if students aren’t graduating with skills that improve their earnings prospects.

“We have to stop giving students loans to attend institutions from which almost no one graduates and gets a good job,” Baum wrote. “We have to prepare high school students better academically so they will be ready for college. We have to provide stronger financial, academic, and social support systems for low- and moderate-income college students so they can achieve their goals and earn degrees. If they do earn degrees, they will be able to repay some amount of debt.”

As highlighted in a July report by the White House Council of Economic Advisers, borrowers with less than $10,000 in student loan debt account for nearly two-thirds of defaults, and these students often attended non-selective colleges and for-profit schools where they didn’t get skills or a degree that boosted their job prospects.

Instead of worrying about 18-year-olds borrowing $25,000 for a bachelor’s degree, “worry about the single mother of two, going back to school in her late 20s to try to get some training to help her get a job and support her children,” Baum tells NPR’s Claudio Sanchez.

Why the government is involved in student lending

The authors of both books also reject the idea that the root of the problem is that most student loans are made by the government (as maintained by Republicans who would scale back or eliminate the government’s role).

Because student loans are made without collateral and based on assumptions about the borrower’s future income, the government plays a vital role in making loans available, Akers and Chingos say. If the government were not guaranteeing payments on student loans made by private lenders (as it did in the past), or providing loans directly (as it does today), student loans would be prohibitively expensive or impossible to obtain for many students.

From a societal standpoint, government intervention in the market for higher education and student loans “is entirely justified,” they say, because providing access to student loans helps students from all walks of life go to college, boosting innovation and productivity.

“Financing a college degree does not amount to the postponement of an expense that one simply cannot afford,” the authors of “Game of Loans” write. “Instead, it’s a means for transferring wealth from a future period of relative prosperity to the present.”

A recent Georgetown University report drives home this point — the U.S. has created 11.6 million jobs during the recovery from the 2007-2009 recession, and the report found workers with at least some college have claimed more than 95 percent of them.

There’s even evidence that “good debt” taken on to invest in a home or education can contribute to a happier environment for children, according to a recent study in the journal Pediatrics.

“Game of Loans” draws a distinction between borrowing that’s undertaken as an investment in the future, and debt that’s racked up to pay for goods and services that are consumed, like vacations or expensive meals, without any expectation of future dividends.

Campus amenities like “fancy athletic facilities and dormitories” can also be viewed as consumption, Akers and Chingos warn, and students “should think of student loans that pay for the consumption part of the college experience in the same way they think about credit card debt. It enables them to enjoy something right away, but they will have to pay for it later.”

Not all campus expenses can be characterized as either consumption or investment — some amenities may provide both learning and enjoyment, the authors concede. But too much of the money that students borrow goes toward spending that should be considered consumption, they say.

Student loans “should finance investments and not consumption to the greatest extent possible. This is especially true of government loans, for which taxpayers are taking on risk. Students and parents who want to borrow for consumption can do that in the private market, but that activity should be kept separate from what we are calling ‘student loans.’ ”

The authors of “Game of Loans” point out four other ways student lending falls short in the U.S.:

Making the most of finite resources

When economists look at college costs and student loan debt, they have to consider two things that are often ignored by politicians on the campaign trail: The government’s resources are not limitless, and major policy initiatives can have unintended consequences. Thoughtful policymakers want to make sure that whatever spending lawmakers can be convinced to approve helps those who need it most.

Providing tuition-free access to public colleges for most students would be costly, and it’s fair to ask whether that’s a solution that delivers the most bang for the buck, since it channels some taxpayer assistance to those who don’t need it, and could fuel tuition and fee increases.

As for those with existing student loan debt, the authors of both books are critical of government loan forgiveness and refinancing programs that disproportionately benefit high-debt borrowers who represent a small percentage of borrowers in default.

The “myth” of a student loan crisis “has led to well-intentioned but poorly targeted policy proposals aimed at all borrowers, which work to the benefit of those with the most debt rather than those in the greatest distress,” Akers and Chingos write.

Senate Democrats have introduced a package of bills that would make good on Clinton’s promises to provide tuition-free college for most students, and refinance existing student loan debt across the board at lower rates.

Clinton’s “refinance everybody” plan is not new — Sen. Elizabeth Warren introduced legislation in 2014 that Republicans never allowed to come to a vote. While Republicans were aghast at the proposed cost of the bill — estimated at $58 billion over 10 years — Akers and Chingos also raise questions about issues of fairness.

“Refinancing loans provides the greatest benefit to borrowers with large outstanding debts,” they said in a 2014 analysis of Warren’s proposal. “This doesn’t seem like such a bad thing until you realize that households with large outstanding debts tend, on average, to be high-income households. Many borrowers who take on large debts do so in order to pursue degrees that lead to high incomes, in fields such as law and medicine. These are not the same households who are struggling financially and are perhaps in need of a bailout.”

When politicians put forward simple solutions to complex problems that mainly appeal to those with similar ideological views — “Make college free!” or “Get the government out of student lending!” — it should come as no surprise when they fail to gain traction.

The kind of reforms economists and policy analysts would like to see implemented often don’t make good soundbites. But they may be a better indication of what kind of reforms might actually be coming down the pike.

The Obama administration has already made arming students with better information about higher education costs and outcomes a priority — a cause Republicans should be able to embrace.