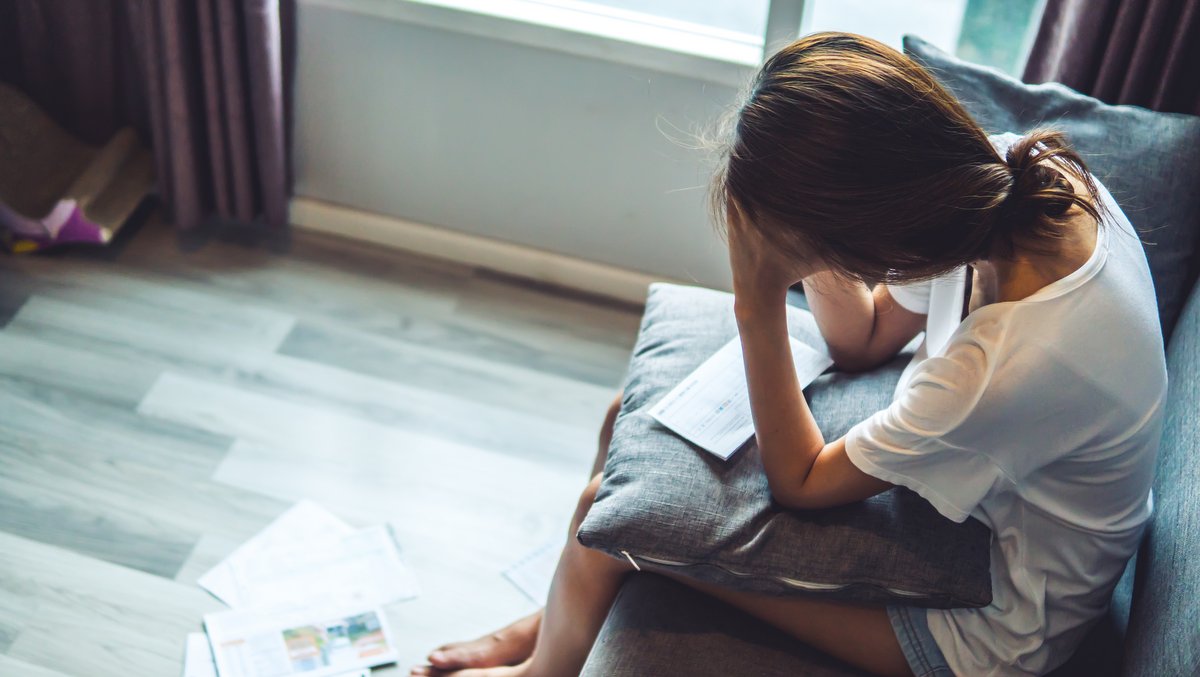 “They told me all I have to pay is a one-time fee of $1,300 and they will wipe away my student loan,” one borrower told the Consumer Financial Protection Bureau. Photo credit: Shutterstock.

In a cruel new twist on an all-to-familiar story, thousands of struggling student loan borrowers were allegedly deceived into taking on even more debt at sky-high interest rates in order to pay debt-relief companies for services that are available to them for free.

That’s according to separate lawsuits filed by the New York Attorney General and New York Legal Assistance Group, a law office that provides free legal assistance to those in need.

More than 40 million Americans now owe roughly $1.5 trillion in student loan debt, and one in five of those borrowers — about 8 million people — have defaulted on their loans.

A rotating cast of debt-relief companies have sprung up to target these troubled borrowers, offering to help them get their monthly payments reduced or their debt forgiven.

The U.S. Department of Education offers several income-driven repayment programs, which can lower the monthly payment on federal student loans and, in some cases, provide loan forgiveness after 10, 20 or 25 years of payments.

The New York Attorney General’s complaint alleges that the loans typically exceeded $1,000, and that borrowers were charged more than 20 percent interest — far above the 16 percent rate cap in force in New York.

Although the loans were marketed as a “payment plan” furnished by the debt relief companies, Equitable would allegedly purchase the loan agreements just days after they were made.

Because Equitable has been paying the debt relief companies the “full amount of the consumer contract before the services promised have been fully completed, these arrangements also constitute illegal, upfront fees,” the New York Attorney General’s complaint said.

The group’s complaint alleges that Equitable and more than 40 other companies “engaged in a coordinated fraudulent scheme to sell scam debt relief services to tens of thousands of federal student loan borrowers.”

To recruit an estimated 60,000 borrowers, the debt relief companies allegedly used Facebook, direct mail and radio marketing campaigns to make borrowers think they were being contacted by the government or an agency affiliated the government.

One direct mail letter from a marketing company, Student Loan Care, warned borrowers that they were receiving a “FINAL ELIGIBILITY NOTICE” from a cryptic “Student Loan Division” that was working “directly on your behalf with the U.S. Department of Education” to identify relief programs: 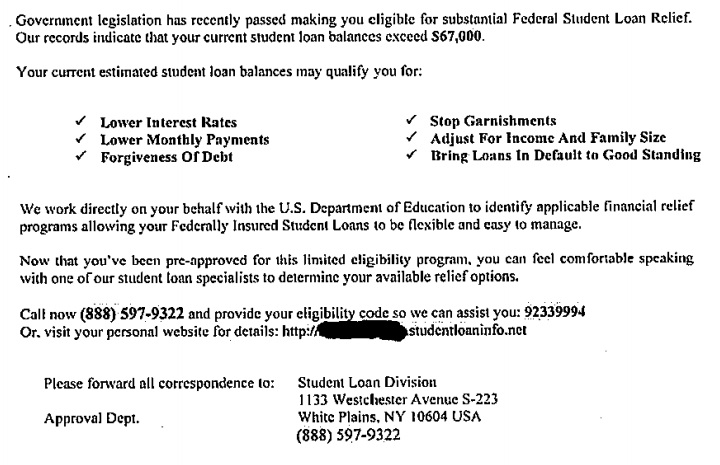 A litany of complaints

For the past several years, the New York Attorney General’s complaint alleges, Equitable has received “hundreds of complaints” from the Better Business Bureau, the Consumer Financial Protection Bureau, and other sources. These complaints “describe in detail the illicit practices” of the companies that recruited borrowers and signed them up for fraudulent debt relief services.

“They told me all I have to pay is a one-time fee of $1,300 and they will wipe away my student loan,” one borrower complained to the Consumer Financial Protection Bureau in September, 2017. “They emailed me papers and I signed I had no idea they opted me into a loan with a company called Equitable Acceptance … I have been paying them for a year now with an interest rate of 20%. They did not tell me this verbally. I have no idea why I’m paying this company … I was scammed.”

Equitable itself has an “F” rating from the Better Business Bureau, with 206 complaints filed against the business as of Sept. 24.

“I was called about loan forgiveness, if I signed up with them and pay $41.28 a month for 2 years that because I am a social worker, my loan would be forgiven after the 2 years of payments,” said one recent reviewer. “No!!!!!! About 9 months in [I] received letters from the Department of Education for my loans and all they did was file the paperwork for loan deferment that i had filed previously. It does not go to your loan. Please please please do NOT ever use these types of services.”