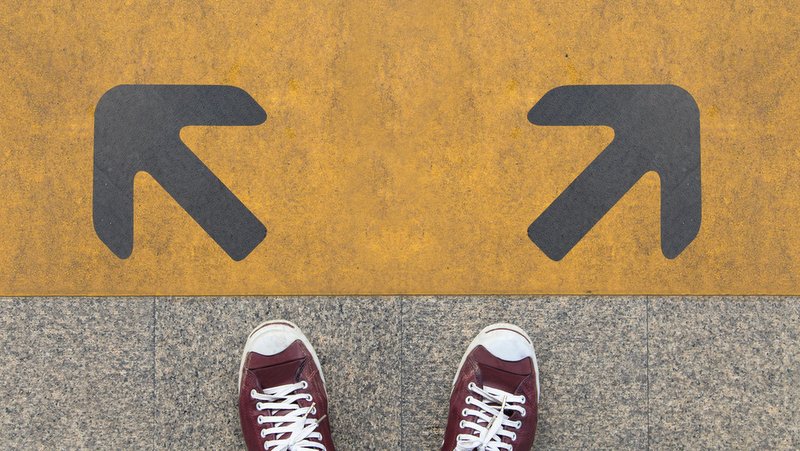 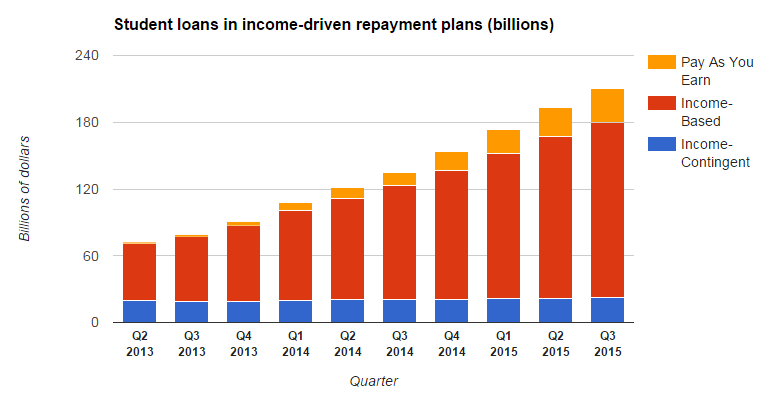 But choosing a plan can be confusing — with the rollout of the “Revised Pay as You Earn” (REPAYE) plan in December, there are now four of them, and each has its own quirks.

So the Obama administration is working on a “unified” income-driven repayment plan that, starting next year, could become the only alternative to the standard 10-year repayment plan for borrowers taking out student loans for the first time.

As described by the Department of Education in a breakdown of the Obama administration’s proposed 2017 budget, the idea is to create “a single, simple, and better targeted income-driven repayment plan.”

By “better targeted,” the Department of Education means that, like REPAYE, the unified plan would be less advantageous for wealthy holders of graduate and professional degrees who are paying down big student loan balances.

Under both REPAYE and the proposed unified plan, if you’ve taken out even a single graduate school loan, none of your student loan debt qualifies for loan forgiveness until you’ve made 25 years of payments.

All borrowers who qualify for PAYE — and those with newer loans who enroll in the Income-Based Repayment (IBR) plan — qualify for loan forgiveness after 20 years.

In its 2017 budget proposal, the Obama administration estimates that this rollback in benefits for wealthy borrowers like doctors and lawyers could save the government $49 billion over the next 10 years.

On closer inspection, the new unified plan would be nearly identical to REPAYE. Key features would include:

If the unified plan is implemented, the Obama administration envisions that students who took out their first loans before July 1, 2017, would still be able to choose any of the existing income-driven repayment plans that they qualify for.

The basic idea behind income-driven repayment plans is simple: Your monthly payments are lower because they are stretched out as long as 20 or 25 years.

One potential problem with that approach is that you’re likely to pay a lot more interest than under a standard 10-year repayment plan (borrowers who choose to consolidate multiple loans and pay them back under the standard plan can see their terms stretched out to as long as 30 years).

But income-driven repayment plans can have a big payoff for borrowers carrying large debt loads — loan forgiveness. Once you’ve made payments for 20 or 25 years (it depends on the plan), any unpaid principal and interest will be forgiven.

The downside is that forgiven student loan debt is considered taxable income, which can reduce the benefits of loan forgiveness (government workers and employees of nonprofits who are granted forgiveness under the PSLF program are exempt from the tax).

It can be so difficult to analyze which plan is best for you, that the Department of Education recently advised borrowers who want to enroll in one to simply let their loan servicer choose “the plan with the lowest monthly payment amount.”

Options for enrolling in an income-driven repayment plan using the Department of Education’s StudentLoans.gov website.

But the plan with the lowest monthly payment amount is not necessarily the plan that’s best for you — it depends on your level of student loan debt, the interest you’re paying on that debt, your income, whether (and how much) of your debt will qualify for loan forgiveness, and how much of a tax bill you might end up being hit with in the end.

The Department of Education also offers a repayment estimator that lets borrowers explore their options under the government’s various plans.

For now, the only way to obtain a lower interest rate is to refinance your loans with a private lender. That can mean losing access to some benefits that come with federal loans, like access to income-driven repayment plans.

Senate Democrats have put forward legislation that would allow the government to refinance student loans at lower rates, but Republicans who object to the tax increases that would entail have blocked action on it.

The tax on forgiven student loan debt is also something of a wild card. While the Obama administration and many Democrats want to repeal it, Republicans like that it “claws back some of the benefits (of income-driven repayment) from rich borrowers with graduate degrees,” the New America Foundation’s Alexander Holt has written.

Holt thinks there’s room for compromise. If Democrats are willing to impose some limits on loan forgiveness — particularly for graduate students — Republicans might go along with a repeal of the tax on forgiven student loan debt.

While simpler isn’t always better, a carefully thought out, rational approach ought to trump a system that’s been cobbled together in a time of crisis — which is how we arrived at a place where student loan borrowers can now choose between no less four income-driven repayment plans.

The irony is that if the Obama administration moves forward with its plan to create “a single, simple, and better targeted income-driven repayment plan,” there will in fact be five: four for borrowers who took out any loans before July 1, 2017, and one for borrowers who have only loans originated after that date.