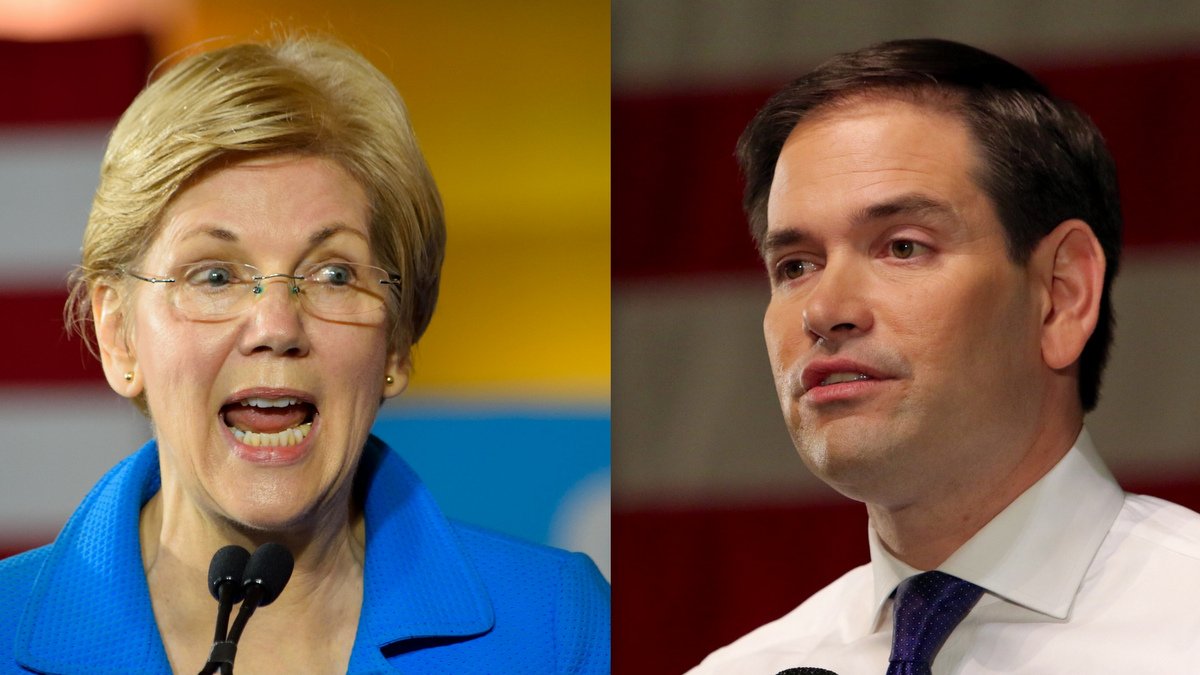 Senators Elizabeth Warren and Marco Rubio are unlikely allies in sponsoring a bill that would ban states from revoking professional, teaching, or driver’s licenses when borrowers default on their student loans. Editorial credit: Shutterstock.com.

If a nurse or a teacher defaults on their student loan debt, it seems like the last thing you’d want to do to get them back on track is revoke the professional license that allows them to work in their career of choice.

But that’s exactly what laws on the books in nearly two dozen states allow — and at least 8,700 borrowers have had their occupational or driver’s licenses suspended or put at risk in recent years, a recent New York Times investigation revealed.

One victim of this extreme debt collection — nurse Shannon Otto of Nashville, Tennessee — took a job at a restaurant after her nursing license was revoked.

“It’s like shooting yourself in the foot, to take away the only way for these people to get back on track,” a Montana state representative, Daniel Zolnikov, told the Times.

That some state agencies are willing to suspend borrowers’ professional licenses — or their drivers licenses, another important tool to making a living — to collect student loan debt comes as a big surprise to many borrowers.

So does the fact that student loans are almost impossible to discharge in bankruptcy, and that the government has the right to garnish your wages and even take money out of your Social Security check to collect the principal and interest payments that borrowers rack up when they take on more debt than they can handle.

Now, thanks in part to the light that the New York Times shed on the situation, two unlikely allies in the U.S. Senate — Florida Republican Marco Rubio, and Massachusetts Democrat Elizabeth Warren — have teamed up on a bill that would ban states from revoking professional, teaching, or driver’s licenses when borrowers default on their federal student loan payments.

“State governments punishing people struggling with student loans by taking away drivers’ and professional licenses is wrong. These policies don’t make sense, because they make it even harder for people to put food on the table and get out of debt,” Warren said. “I’m glad to work with Senator Rubio to make sure borrowers can work to pay off crushing debt and build a future.”

In Florida, the state can suspend the licenses of health professionals who fail to repay government student loans, and impose a fine equal to 10 percent of the defaulted loan amount.

On Twitter, Rubio said he now regrets that as a member of the Florida legislature, he once voted for such laws.

B While in #Florida legislature I voted for a bill that allowed state to suspend professional licenses of those who defaulted on student loans. I WAS WRONG. Today I filed a bill with @SenWarren to fix this. How can they pay back if they can’t work? #Sayfie https://t.co/fcbJUkJ6BJ

While it’s good news for student loan borrowers that the legislation has bipartisan support, the bad news is that if it does become law, it would take two years to take effect.