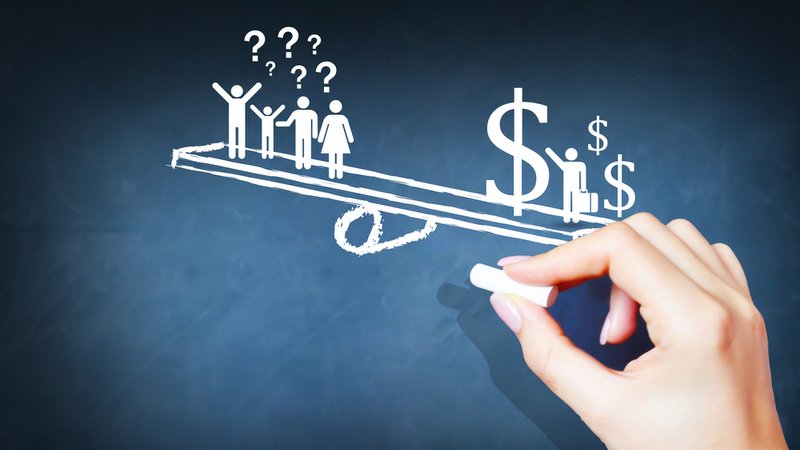 Rapidly growing student loan debt burdens could be exacerbating another, even older problem: the wealth gap between black and white young adults.

A new study by liberal think tank Demos models different approaches to debt relief in search of solutions that reduce both debt and racial wealth inequality.

For black students in particular, attending college almost always means taking on debt, the study found. Higher education has long been touted in the U.S. as a way to level the playing field for students from low-income backgrounds. families and communities.

According to the Demos study, titled “Less Debt, More Equity: Lowering Student Debt While Closing the Black-White Wealth Gap,” the wealth gap is especially pronounced when comparing black and white student. Black households borrow more often and in larger amounts than white households, the study found. And despite lower rates of college completion, 54 percent of young black households have student debt, compared to 39 percent of all young white households.

Recent trends show that 42 percent of wealth in the U.S. is controlled by just the top 1 percent of households. As movements like Occupy Wall Street have taught us, about half the wealth generated in the past 30 years has only benefited the top 0.1 percent.

These trends and the baked in racial divide are also making it more difficult for black families to save money. According to the study, the median household wealth is $3,600 for young African Americans, compared to just under $36,000 for young white households.

Another recent study published on the American Council on Education’s Higher Education Today blog found that low-income students are much less likely to enroll in college immediately after high school than they were seven years ago. All in all, the percentage of low-income students attending college today is only about 3 percent higher than it was 20 years ago.

But the solution to the problem is not simply forgiving all debt. Demos study co-author Mark Huelsman suggests targeting government loan repayment programs to people at or below the national median household income. Providing debt relief to all households regardless of income could disproportionately benefit the wealthy with their higher education degrees.

In fact, if policymakers were to reduce student debt for households making less than $50,000, it would reduce the wealth disparity between black and white families by nearly 37 percent, and more than 50 percent for those making $25,000 or less, the study estimated.

“It’s not often the high-balance students with the most pressing case for relief,” Huelsman told The Washington Post. “If we provide an income eligibility threshold, those who have taken on student debt but have not yet seen the payoff that an education can bring, we’d see something different.”