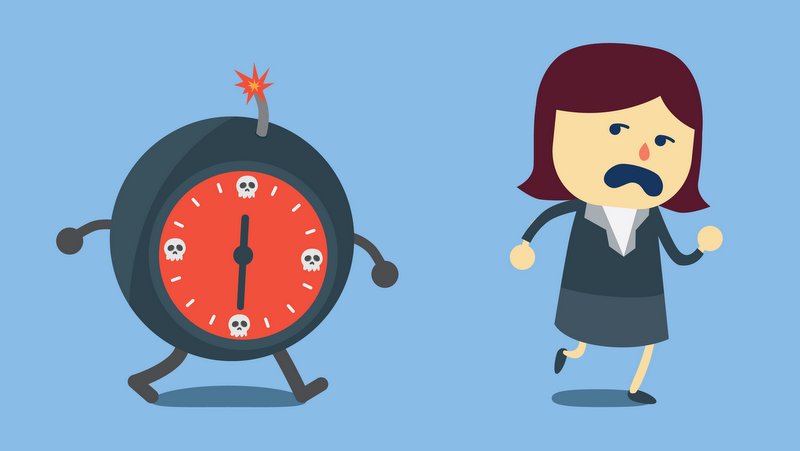 But the plans are a “ticking tax bomb” for borrowers who could be hit with big tax bills when they finally qualify for loan forgiveness after 20 or 25 years of payments, writes Alexander Holt, a policy analyst with the Education Policy Program at New America.

Unless Congress changes the tax code, forgiven student loan debt — principal and interest — is taxable as income. Not necessarily a problem for those earning a good living, but a potentially serious hardship for someone near the poverty line, Holt says.

“Promising forgiveness and then hitting borrowers with a burdensome tax isn’t just misleading: It misses the entire point of this program,” he writes.

The Obama administration has asked Congress to change the tax code to provide relief. But Republicans tend to see the tax “as the only thing holding back unfettered forgiveness,” Holt notes. From this vantage point, “The more the tax discourages people from enrolling, and claws back some of the benefits from rich borrowers with graduate degrees who have already enrolled, the better.”

If Democrats want Republicans to play ball on repealing the tax, Holt thinks they’re going to have to make some concessions. Those concessions might include imposing loan limits for graduate students, increasing the length of the forgiveness term, or eliminating a program that provides tax-free loan forgiveness for public service workers who have made 10 years of payments.

There’s an urgency to finding a compromise, in part because the cost of repealing the tax on forgiven student loan debt isn’t fully reflected in the budget yet. It’s an accounting issue, but Holt says it matters because every year Democrats delay, a repeal of the tax “will score as a higher and higher cost in the budget” and Congress will be required to raise taxes or cut funding somewhere else to pay for it.

“The longer everyone delays to change the rules, the tougher the negotiations become, and the higher the stakes for the rapidly increasingly number of low-income borrowers who rely on the program,” Holt writes.

Ideally, Holt says, an income-driven repayment program would provide relief for low-income borrowers without letting those with higher incomes off the hook. He’s not a fan of changes to the income-based repayment (IBR) program signed into law by George W. Bush in 2007 — changes, he says, that disproportionately benefited high-earning borrowers with graduate degrees.

One interesting twist to the Obama administration’s latest income-driven repayment plan, REPAYE, is an interest rate subsidy. Under REPAYE, only half of the unpaid interest that accumulates before a borrower is eligible for forgiveness is counted as forgiven debt. However, REPAYE increases the length time grad students must make payments in order to qualify for loan forgiveness, from 20 to 25 years.

Under REPAYE, a borrower making $50,000 a year in adjusted gross income when they begin paying back $100,000 in graduate student loan debt could end up facing a $16,000 tax bill when they qualify for loan forgiveness, compared to $26,700 under another popular plan, PAYE. But because they’ll make five additional years of payments, they’ll wind up paying almost $60,000 more in principal and interest under REPAYE (for more details on this and other borrower scenarios, see Credible’s REPAYE guide).

Asked whether REPAYE’s interest rate subsidy does anything to address his concerns about inequities of income-driven repayment programs, Holt said in an email that REPAYE “has some nice improvements” — including extending the forgiveness term for grad students to 25 years, lifting caps on monthly payments, and tweaking marriage income calculations.

But Holt sees REPAYE’s interest rate subsidy as regressive in nature because, notwithstanding the tax implications, “the only people who benefit from interest forgiveness are those who make enough money later on to be able to pay that accrued interest back.”

Also frustrating to Holt is that it’s not clear if the interest rate subsidy can even be clearly communicated to borrowers. In promoting REPAYE, he notes, the Department of Education “doesn’t really try to fully explain this particular benefit.”

“I guess some people might like this benefit because it eases the tax burden on low income borrowers (something I am obviously concerned about),” Holt told Credible. “But interest forgiveness is not the way to deal with this problem. Eliminating the tax is.”

REPAYE’s interest rate subsidy “is a workaround solution that once again ends up serving as a windfall to grad students. It’s also sneaky, because it makes the ultimate forgiveness numbers look smaller.”