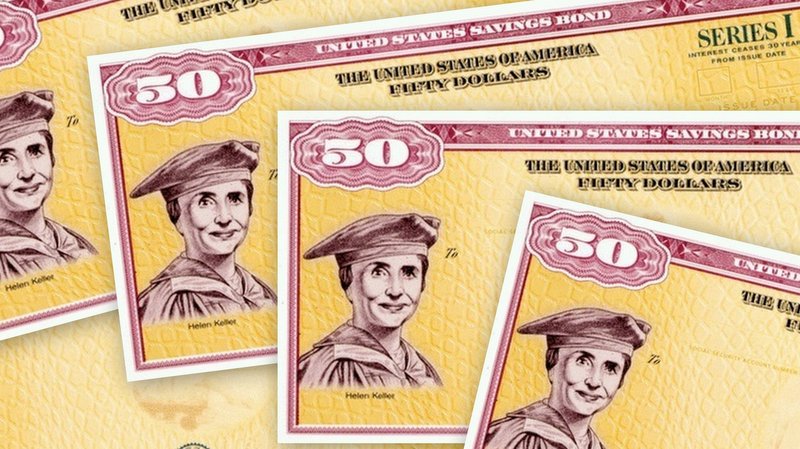 During the presidential election, candidate Donald Trump raised some eyebrows on the campaign trail by promising to cut taxes while increasing spending on infrastructure projects and defense.

Without spending cuts in other programs which Democrats would likely oppose, carrying out Trump’s agenda would require the government to ramp up its borrowing. Now that Trump is president-elect, yields on U.S. Treasury bonds are already on their way up, as investors anticipate a flood of new bond issues to fund government spending.

The climb in long-term Treasury rates has been labeled the “Trump premium” or “Trump effect.” While the Trump premium could bump up rates on government student loans that new borrowers take out next year, it won’t necessarily translate into higher rates on private student loans or student loan refinancing.

To understand why, let’s take a look at how rates on government and private student loans are determined.

How rates on government student loans are set

Congress has the final say on rates on government student loans, but in recent years lawmakers have tried to insulate borrowers from politics in a couple of ways. First, when you take a government student loan out today, the rate is set for life. Secondly, rates for new borrowers are determined once a year, and are based on the results of an auction of 10-year Treasury notes that’s held in May.

Tying rates on student loans to 10-year Treasury notes not only minimizes political interference, but allows rates to track what’s happening in the real world. If the government’s cost of borrowing goes up, so do rates on government-issued student loans. But if the government can borrow money more cheaply, it passes those savings along to new borrowers.

An auction of 10-year Treasury notes held in May, 2016, saw yields come down by half a percentage point from where they’d been the previous May. As mandated by law, on July 1, 2016, rates on all types of new government student loans issued through June 30, 2017, came down by the same amount.

But if the Trump premium lasts into the spring, rates on federal student loans made after July 1, 2017, could be headed up again. HSBC Bank researcher Steven Major sees yields on 10-year Treasurys hitting 2.5 percent in early 2017. If that’s where they are in May, rates on new government loans will be about eight-tenths of a percentage point higher than they are today, as show in the table below.

To set rates on new federal loans for undergraduates, the Department of Education adds 2.05 percentage points to yields on 10-year Treasury notes auctioned each May. The add-on for federal direct loans for graduate school students is 3.6 percent, while rates for PLUS loans equal yields on 10-year Treasury note plus an add-on of 4.60 percentage points.

Major thinks that if Trump’s stimulus plan fails to ignite the economy, yields on 10-year T-notes will come back down by the end of 2017. But if they are at 2.5 percent when the May auction takes place, rates on government student loans after June 30, 2017 would be 4.55 percent for undergraduates, 6.1 percent for graduate students, and 7.1 percent for PLUS loans, after tacking on the mandated add-ons.

Financial aid counselors advise students who need to borrow to pay for college to start with federal student loans. That’s good advice for undergraduates. But it’s also worth comparing offers from private student lenders, who offer rates that can be competitive with costlier federal PLUS loans for parents and grad students.

How rates on private student loans are set

Private student lenders aren’t immune to long-term rates. Some bundle student loans up into securities that are sold to investors, a model favored by the mortgage industry. Since investments backed by mortgages and student loans compete with Treasurys and other bonds for investors, rising yields on 10-year Treasury notes can affect rates on those loans.

The “Trump premium” or “Trump effect” is already being seen in mortgage rates, which track 10-year Treasurys fairly closely and fluctuate daily. Since the election, rates on 30-year fixed-rate mortgages tracked by Freddie Mac have surged from under 3.5 percent in late October to over 4 percent around Thanksgiving.

Where are interest rates headed next?

The “spread” between short-term and long-term rates (the yield curve) can tell us a lot about economic conditions and where interest rates may be headed next.

The graph below shows how, in the runup to the 2008 mortgage meltdown, the Federal Reserve tried to cool down overheated housing markets by raising the federal funds rate by more than 4 percentage points from 2004 to 2006. Yields on 10-year Treasurys were largely unaffected by this dramatic increase in short-term rates, flattening and eventually inverting the yield curve.

The Federal Reserve may adjust the short-term federal funds rate in the hopes of cooling off an overheated economy, or reducing the impact of recessions (gray bands). Yields on 10-year Treasury notes don’t track these moves exactly, so the spread between short-term and long-term rates can shrink or disappear altogether. Source: Federal Reserve, retrieved from FRED, Federal Reserve Bank of St. Louis, Nov. 28, 2016.

When housing markets crashed, the Fed quickly reversed course. By late 2008, the federal funds rate was back down to just above 0 percent. Yields on 10-year Treasurys came down some, but didn’t fall as dramatically. The yield curve steepened. With employment and wages showing signs of growth, Fed policymakers are looking for signs that it may be time to take the foot off the gas pedal and begin gradually raising the federal funds rate in order to keep inflation in check.

When the Fed’s Open Market Committee wraps up its next meeting on Dec. 14, it’s widely expected to make another attempt at raising short-term rates. Traders are currently expecting at least two more increases in the federal funds rate in 2017, which would bring it to 1 percent assuming the Fed hikes rates in December.

In addition to their cost of funding, private lenders also have to take into account their operating costs when setting rates, and build in a margin that allows them to make a reasonable profit while staying competitive with other lenders.

Unlike the government, private lenders also tailor rates for each borrower, typically using the borrower’s credit history and credit score to estimate how much risk there is that a loan won’t be paid back. The greater the risk, the higher the “risk premium” added to the loan rate.

One way lenders can mitigate risk is to let the borrower assume the risk that interest rates will go up. While rates on government student loans are fixed for life, private lenders typically offer borrowers a choice of fixed- or variable-rate loans. Borrowers who choose variable-rate loans typically get a lower initial rate, which can go up or down with whatever benchmark rate the loan is indexed to.

The two benchmarks most commonly used by private student lenders are the London Interbank Offered Rate (LIBOR) and the prime rate. Lenders add a fixed margin on top of the benchmark rate. As is the case with fixed-rate loans, the riskier the borrower, the higher the margin.

LIBOR, prime rate, and the federal funds rate, past 20 years

The prime rate and LIBOR closely track the federal funds rate, so any Fed move to hike short-term rates is likely to translate into rate increases on variable-rate loans.