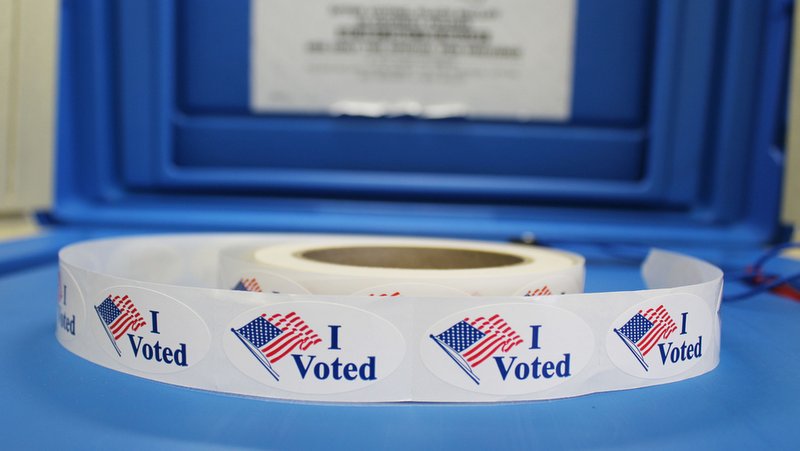 With Donald Trump set to be sworn in as president Jan. 20 and Republicans riding on his coattails to retain control of Congress, the long odds against the government creating a program to refinance student loan debt at lower interest rates now look even longer.

Back in the summer of 2014, Senate Republicans blocked a vote on a refinancing bill sponsored by Sen. Elizabeth Warren, the Bank on Students Emergency Loan Refinancing Act.

The Congressional Budget Office had estimated that Warren’s bill would pave the way for $560 billion in government and private loans to be refinanced at lower rates, saving borrowers (and costing the government) $58 billion over the next decade. The expense was to be covered by a new tax on millionaires.

But tax-averse Republicans said the bill failed to address underlying problems like rising education costs, and characterized it as little more than election-year grandstanding.

“They want an issue to campaign on to save their own hides this November,” said Sen. Mitch McConnell, who would become Senate majority leader when Republicans took back control of the Senate in the 2014 midterm election.

Democrats didn’t give up on the idea of a government-backed student loan refinancing program. During her presidential campaign, Hillary Clinton got behind a plan modeled after Warren’s. Student loan refinancing is also a component of the “In the Red Act of 2016,” legislation introduced in March by Senate Democrats.

The In the Red Act, which was also to have provided tuition-free community college and inflation-indexed Pell Grants, attracted 28 cosponsors — all Democrats. After it was introduced, the bill went straight to the Senate Finance Committee. The committee — chaired by Orrin Hatch, one of the 38 Republicans who blocked a vote on Warren’s bill — did nothing with the proposed legislation.

When Trump and the 115th Congress are sworn in next year, government refinancing of student loans won’t be on the agenda.

At a 2015 forum, Trump said he’d at least be open to a government-backed student loan refinancing program. But his campaign never put together a formal proposal, and there was no such plank in the 2016 Republican Party platform.

Apart from the cost, there are questions about the fairness of asking taxpayers to fund an across-the-board student loan refinancing program. Although Warren’s bill would have given the Secretary of Education the authority to limit refinancing to borrowers based on income levels and debt-to-income ratios, the Congressional Budget Office concluded those limits would only exclude about 5 percent of loans.

“Refinancing loans provides the greatest benefit to borrowers with large outstanding debts. This doesn’t seem like such a bad thing until you realize that households with large outstanding debts tend, on average, to be high-income households,” policy wonks Matthew M. Chingos and Beth Akers said in a 2014 Brookings Institution report. “Many borrowers who take on large debts do so in order to pursue degrees that lead to high incomes, in fields such as law and medicine. These are not the same households who are struggling financially and are perhaps in need of a bailout.”

A growing number of private lenders are competing to refinance federal and private student loans, and competition in the space means more borrowers can qualify to lower their rates. An analysis of borrowers who have used the Credible student loan marketplace found that those who choose a shorter repayment term can save thousands over the life of their new loan.

Similar questions about how to help those most in need have been raised about student loan forgiveness. Borrowers enrolling in income-driven repayment plans can currently qualify for loan forgiveness after 20 or 25 years of payments. Workers employed in public service can qualify in 10 years.

New income-driven repayment programs that the Obama administration began rolling out in 2010 provided “significant new benefits” for wealthier borrowers paying back student loans taken out to attend graduate and professional schools, Jason Delisle and Alexander Holt said in a New America Foundation report. That’s because reducing the minimum monthly payment from 15 percent of disposable monthly income to 10 percent allows borrowers to pay less of their loan back and have more forgiven.

Perhaps realizing that it had gone too far, the Obama administration has been planning to roll out a simplified income-driven repayment plan with less generous benefits for borrowers repaying graduate student debt. In its proposed 2017 budget, the administration said it hoped the simplified repayment plan would generate $49 billion in savings over 10 years, Delisle noted.

Trump hasn’t put forward the kind of detailed plans for higher education finance that Clinton had, and student loans aren’t on his “action plan” for his first 100 days in office.

But at an October campaign stop in Ohio, Trump floated a proposal for a streamlined, income-driven repayment plan that would set student loan payments at 12.5 percent of monthly income, with forgiveness granted after 15 years of payments.

“As currently written, the plan would be a major boon to the lawyers, doctors and businesspeople of tomorrow,” said the Manhattan Institute’s Preston Cooper in a Huffington Post editorial. “Those who need the most help generally have low student loan balances, and would not benefit from the reform.”

Upon hearing about the plan, Delisle unleashed a tweetstorm declaring that Trump was now “running to the left of Obama” on student loan forgiveness.

There is bipartisan support for simplifying income-driven repayment — there are currently four IDR plans: REPAYE, PAYE, IBR and ICR. But will Republican lawmakers get behind a streamlined repayment plan that provides more generous loan forgiveness than what’s available today?

Trump hasn’t released further details on his proposal, and some have speculated that if and when he does put forward a plan, it might include additional measures that make it less attractive to borrowers, or limit the cost to taxpayers. The plan might impose caps on loan forgiveness, or scale back or end the Public Service Loan Forgiveness program, for example.

Moving beyond ‘the party of no’

With Trump in the White House instead of Obama, Republicans have an opportunity to move beyond being “the party of no.”

Although they lack the 60 votes needed in the Senate to shut down filibusters, there’s bipartisan support for legislation that would allow companies to provide tax-free student loan repayment assistance as an employee benefit.

Several bills have been put forward that would provide tax advantages for companies and their employees when employers help their workers pay down student loan debt. Legislation introduced to date includes:

Although some Republicans want the government to stop making student loans directly and return to its previous role of guaranteeing loans made by private lenders, Democrats are likely to fight any attempt to move back to the old system, which critics say added about $6 billion a year in additional costs.

Trump could use his executive power to roll back rules the Obama administration said were intended to curb abuses by for-profit schools (rules that have also been criticized as stifling innovation), or rein in the Consumer Financial Protection Bureau. Several student loan servicers have disclosed that they are responding to inquiries from the CFPB that could lead to enforcement actions.