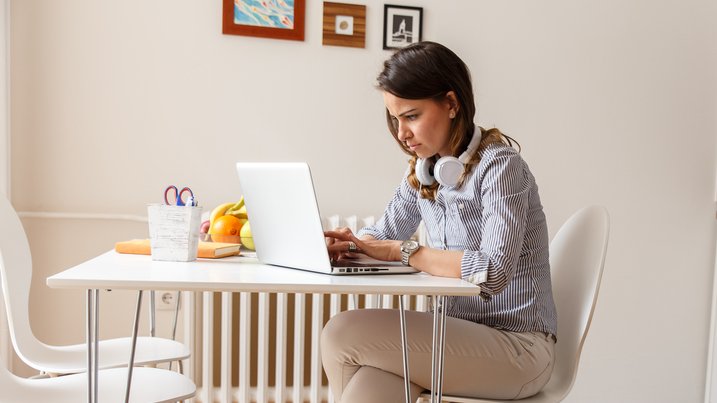 Imagine the typical borrower struggling with a mountain of student loan debt. Do you picture a 20-something with a liberal arts degree who’s now working at Starbucks?

Picture instead a 65-year-old former manufacturing executive who took out a bunch of Parent PLUS student loans to put his three kids through college, is now unemployed and owes more than $246,000 that he’s trying to get out from under by declaring bankruptcy.

Robert E. Murphy says he’s been out of work for 13 years, burned through his retirement savings, and even had his house foreclosed on him. If he can’t discharge his student loan debts in bankruptcy court, he says they’ll grow to $500,000 by the time he’s 77 — even if he lands a modest paying job that allows him to start chipping away at them.

Murphy’s plight is interesting for a couple of reasons. Contrary to what loan servicers sometimes tell borrowers, student loan debt can be discharged in bankruptcy court. But it’s not easy.

Congress started tightening the rules on discharge of student loan debt in the 1970s, and today students have to prove that paying them back would impose “undue hardship” — a term that courts have interpreted more narrowly than lawmakers intended, Murphy and his supporters argue.

Murphy has been battling his way through the court system, representing himself, and now finds himself arguing his case in Boston, before the U.S. Court of Appeals for the First Circuit.

Murphy’s plight is attracting media attention because, as a BloombergBusiness headline puts it, “This Court Case Could Unshackle Americans From Student Debt.”

But the headline is careful not to say how many Americans might be unshackled. That’s because even if Murphy and his supporters are able to convince courts to broaden the definition of what constitutes undue hardship, bankruptcy discharge is still unlikely to be a viable option for many recent grads.

But it could open up the door for more student loan debtors at or near retirement age — or those who took out big loans to go to school, but didn’t get the salary-boosting degree or job skills they’d hoped for — to unhitch themselves from their burden by filing for bankruptcy.

In a “friend of the court” brief in support of Murphy, attorneys with the National Consumer Law Center and the National Association of Consumer Bankruptcy Attorneys pinpoint one reason courts have imposed a narrow definition of undue hardship: the fear that student loan debtors will file for bankruptcy right after graduation.

That was what happened in a previous precedent-setting case, Brunner v. New York State Higher Educational Services Corp., in which a student filed for bankruptcy seven months after receiving her master’s degree. An appeals court ruling against the student in that case gave rise to what’s now known as the “Brunner test.”

Before allowing student loan debt to be discharged bankruptcy, courts applying the Brunner test have wanted to see proof that borrowers made a good faith effort to repay their debt, but are now experiencing some kind of long-term problem — such as a serious illness or disability — that would make repaying their loan an undue hardship.

Lenders (including the biggest of them all, Uncle Sam) say that’s only fair, given all of the options for paying back student loan debt including income-based repayment programs that can reduce monthly payments by stretching them out over many years.

“If the monthly repayment under any available income-driven plan is within the debtor’s means, the ability to prove undue hardship should be correspondingly more difficult, though not impossible,” the Department of Education advised loan guarantors and educational institutions in July.

But how realistic is it to expect that someone who’s at or near retirement age, with limited earning prospects, will ever pay off a six-figure student loan debt?

Take the case of Janet Roth, who took out 13 Family Educational Loan Program (FFELP) loans totaling more than $33,000 more than 20 years ago. By the time she tried to get the loans discharged in bankruptcy court in 2011, the balance on those loans had grown to more than $95,000. Roth was 64, unemployed, and her only income was her $774-a-month Social Security check.

In refusing to discharge her student loan debt, the bankruptcy court hearing Roth’s case did not dispute that she’d be unable to maintain even a minimal standard of living if forced to pay her loans.

It also agreed that Roth’s circumstances — including chronic medical conditions like a thyroid condition, diabetes, macular degeneration, cataracts, high cholesterol, and depression — were unlikely to change.

But the bankruptcy court said its hands were tied by the Brunner test’s good faith requirement. Because Roth hadn’t tried to renegotiate her loans, obtain a forbearance or disability discharge, the court concluded she hadn’t made a good faith effort to repay them, and so they could not be discharged.

In the end, Roth prevailed, when a three-judge appellate panel of the Ninth Circuit Court of Appeals overruled the bankruptcy court. In its ruling, the panel said Roth had “made good faith efforts to obtain employment, maximize income, and minimize expenses” and had not sought a bankruptcy discharge “until many years after the loans were in repayment status.”

Although Roth never made any voluntary payments on her FFELP loans, she had mistakenly believed that they were being paid down because the Department of Education had garnished her wages to collect payments on five other direct loans she’d taken out.

In his concurring opinion, Judge Jim Pappas questioned whether lawmakers had intended to prohibit bankruptcy courts from discharging student loan if a repayment program was available:

“As a practical matter, requiring a debtor to clear [the good faith] hurdle can condemn the student borrower to a lifetime of burdensome debt under one or more of the creditors’ long-term repayment programs, some of which may span thirty-to-forty years. This aspect of the Brunner test also fails to account for the potentially devastating debt-forgiveness tax consequences to the debtor resulting from the ‘successful’ completion of such a program, which is one reason that the repayment programs are not that popular with borrowers. At bottom, requiring debtors to participate in these creditor programs as a condition to obtaining a bankruptcy discharge simply means that creditors, not bankruptcy judges, will decide which loans can be repaid, and which should properly be forgiven. This is surely not what Congress intended … “

Pappas condemned the Brunner test — which takes its name from a 1987 ruling by the Second Circuit Court of Appeals — — as out of step with the times:

“Unlike the loans made mostly to traditional students by local banks and colleges in the 1970s, today, a variety of lenders now compete to provide ‘financial assistance’ for a broad assortment of study and training, without regard to the wisdom of a student’s decision to borrow or their particular circumstances, and with nary a thought given to the borrower’s ability to repay the debts. Today, facing the mammoth costs of a modern education, nearly all students must borrow heavily to finance their futures. Much of that student loan debt is not incurred to finance a traditional college education, but instead goes to pay for other types of training, frequently delivered by ‘for-profit’ companies, which may not significantly improve the debtor’s chances for employment or substantial earnings.

Pappas urged the Ninth Circuit Court of Appeals to “reconsider its adherence to Brunner” and instead follow the lead of a few other courts in creating an undue hardship standard that:

“…allows bankruptcy courts to consider all the relevant facts and circumstances on a case-by-case basis to decide, simply, can the debtor currently, or in the near-future, afford to repay the student loan debt while maintaining an appropriate standard of living. This approach could allow the bankruptcy court, after weighing the facts of each case, to decide that a student debtor, whose debt financed training that did not allow him or her to achieve any significant earnings, to discharge a large loan balance even in the absence of a debilitating illness or handicap.”

So, back to Robert E. Murphy and his battle in the First Circuit Court of Appeals. If Murphy succeeds in convincing the court to create a broader undue hardship standard, how many Americans are likely to be “unshackled from student debt”?

First of all, the decision won’t apply outside of the First Circuit, which covers Maine, Massachusetts, New Hampshire, Puerto Rico and Rhode Island. According to a July 7, 2015 Department of Education memo, nine circuit courts of appeal have adopted the Brunner test.

As Bankruptcy Judge Michael B. Kaplan noted in a 2014 editorial in American Banker, to challenge the Brunner test in those courts, “a debtor would first have to have the resources and commitment to pursue an appeal to the highest appellate level short of the U.S. Supreme Court. A borrower struggling under a mountain of student loan debt is an unlikely candidate for this possibly quixotic venture.”

Secondly, in deciding the Murphy Case, the First Circuit Court of Appeals may only loosen its definition of “undue hardship” a little. Unless the Supreme Court weighs in, there could be a dozen other interpretations by each of the remaining circuits.

Kaplan says it’s really up to Congress to fix the problem — something lawmakers have tried and failed to do over the years.

Consider one of the latest gestures, H.R.3451, the Student Loan Bankruptcy Parity Act of 2015. The bill would simply delete one paragraph of the bankruptcy code — about 100 words — that prohibits student loan debt from being discharged in bankruptcy court except in cases of undue hardship.

With a sizable chunk of the nation’s $1.3 trillion in outstanding student loan debt already delinquent or in default, there will be serious opposition to simply opening up bankruptcy discharge as an avenue for anyone who’s not afraid of the stigma.

In a lengthy Oct. 1 report on overhauling the student loan system, the Department of Education recommended that lawmakers make private student loans dischargeable in bankruptcy court if they don’t offer income-driven repayment plans.

The Obama administration’s Education Department maintains that there are “strong grounds for maintaining different standards for federal student loans.” Federal loans should not be so easy to discharge because they’re  made without subjecting borrowers to underwriting, have “generous terms and protections,” and payments can be tied to income, the report said.

But making some private loans dischargeable wouldn’t help borrowers like Robert Murphy, Janet Roth, or people who took out federal loans to attend schools that didn’t improve their job or earnings prospects.

Kaplan thinks that “with little effort” Congress could amend the bankruptcy code “to incorporate a less harsh and rigid definition of undue hardship.”

The Bankruptcy Abuse and Consumer Protection Act of 2005, Kaplan says, defined undue hardship “as a situation in which a debtor’s monthly net income simply is not enough to permit payment of the specific debt. Why not apply this standard when deciding whether the discharge of education loans is warranted?”

Kaplan’s solution sounds a lot like Pappas’ advice to the Ninth Circuit Court of Appeals. And if lawmakers can take charge of the situation, that could save borrowers and lenders alike the time and expense of fighting battles like Murphy’s and Roth’s all the way up to the courts of appeal.

Editor’s note: This story has been updated to correct that nine circuit courts of appeal — the second, third, fourth, fifth, sixth, seventh, ninth, tenth and eleventh — employ a strict definition of “undue hardship” known as the “Brunner test.” Matt Carter is editor of Credible News.