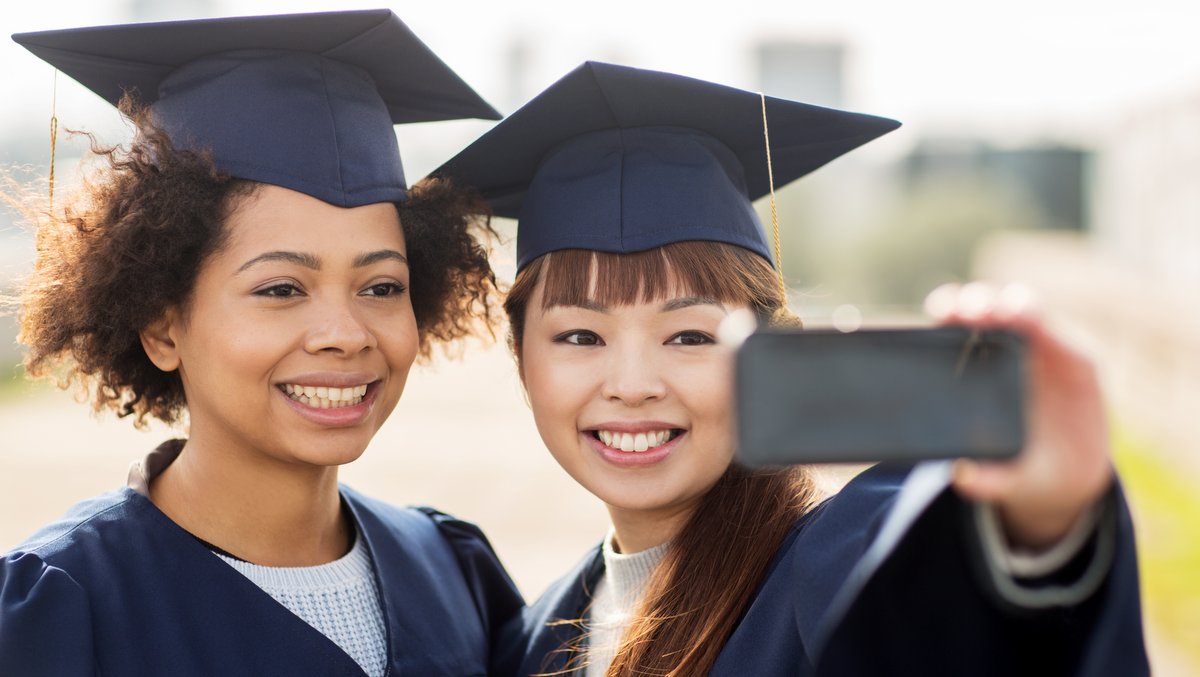 It wasn’t that long ago that total U.S. student loan debt surpassed the $1 trillion mark. Now it looks like it won’t be long before women alone owe that much.

That’s according to an analysis of the latest statistics from the Department of Education by the American Association of University Women (AAUW), in a report exploring the disparity and what to do about it.

But there are deeper, troubling factors behind the lopsided distribution of student loan debt between the sexes.

Yes, women represent about 56 percent of college students. But they hold 65 percent of education debt. That’s because women are more likely to need to borrow in order to earn their bachelor’s degree, and they also have to borrow more, the AAUW analysis showed.

Throw race into the equation, and things can get even tougher. Black women take on the most debt of any group ($30,400 on average) to earn a bachelor’s degree, which compares to $22,000 for white women and $19,500 for white men.

And because women earn less with their degrees, it takes them longer to pay that debt off: 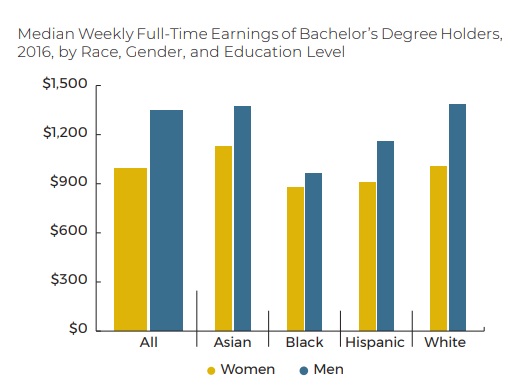 “Women take about two years longer on average to repay their student loans than do men and are also more likely to struggle economically during repayment,” the AAUW said in summarizing the latest numbers. “This means that women may have to put off saving for retirement, buying a home, or starting a business.” 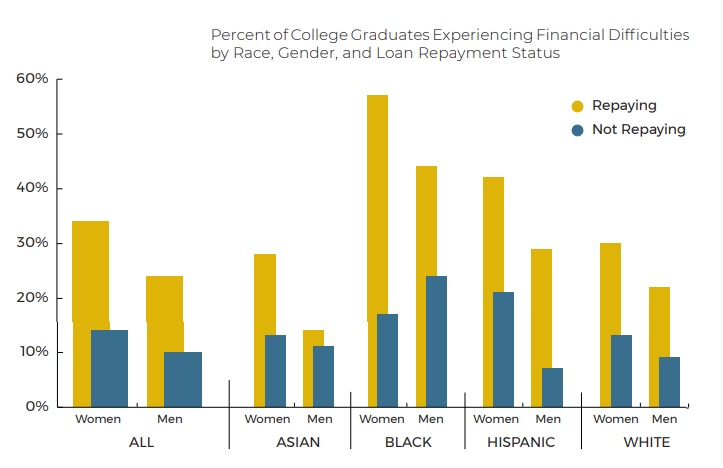 The AAUW says the problem should be addressed on three fronts:

The AAUW says it’s time to strengthen the Equal Pay Act by passing The Paycheck Fairness Act, a step that has little support among Republicans in Washington, D.C.

A recent trend at the state level are salary privacy laws, which make it illegal for employers to ask what potential hires made at their previous jobs. That’s an important protection for women who have faced pay discrimination in previous jobs that could hurt their earnings over their entire career.