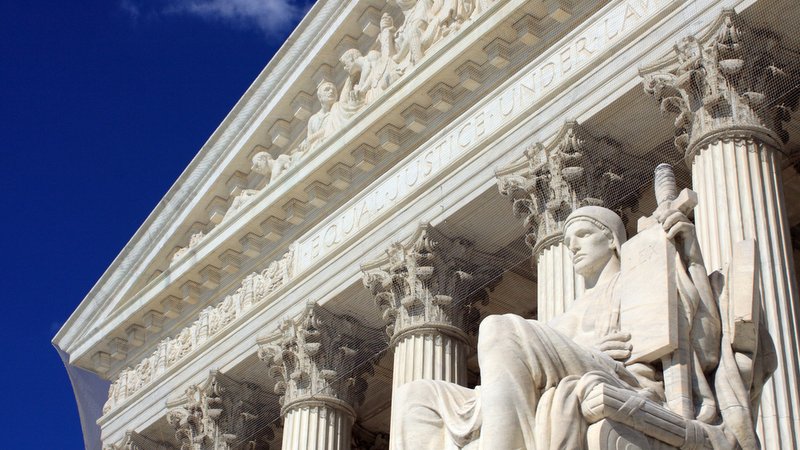 The Supreme Court has declined to weigh in, for now, on a strict test used by most of the nation’s courts that makes it difficult to shed student loan debt in bankruptcy.

The test requires that student loan borrowers demonstrate they’ve made a good faith effort to repay their debt, but are now experiencing an insurmountable problem like a serious illness or disability that would make repaying their loan an undue hardship.

Attorneys for 57-year-old Mark Warren Tetzlaff asked the Supreme Court to review a ruling by the U.S. Court of Appeals for the Seventh Circuit this summer that requires him to repay more than $260,000 in student loan debt he took out to pay for law school and an MBA. Tetzlaff’s lawyers say he’ll never pay the money back, because alcoholism, depression and a criminal record have kept him from landing a job.

That Tetzlaff has never made any payments on his student loans has been interpreted by lower courts as a lack of good faith. The Supreme Court today denied Tetzlaff’s request for review without comment.

Covering Illinois, Indiana and Wisconsin, the Seventh Circuit has adopted a strict interpretation of undue hardship known as the “Brunner test.” Although some bankruptcy judges object that the Brunner test allows little leeway to take into account the circumstances of individual borrowers, it’s used by nine circuit courts of appeal — the second, third, fourth, fifth, sixth, seventh ninth, tenth and eleventh.

The Eight Circuit Court of Appeals — which covers, Minnesota, Iowa, Missouri, Arkansas, North Dakota, South Dakota and Nebraska — uses a more lenient “totality of the circumstances test.” That test allows bankruptcy judges to take into account what a student loan debtors’ future earnings prospects are likely to be, their necessary living expenses, and “other relevant facts and circumstances.”

The First Circuit Court of Appeals — which has jurisdiction over federal courts in Maine, Massachusetts, New Hampshire, Puerto Rico and Rhode Island — has yet to adopt either test.

Legal experts say a case that’s now being heard by the First Circuit could end up being appealed to the Supreme Court.

That case involves Robert E. Murphy, a former manufacturing executive who took out student loans to put three children through college and now owes more than $246,000 that he’s trying to discharge in bankruptcy. Murphy maintains that even if he is able to make modest monthly payments, his student loan debts will grow to $500,000 by the time he’s 77.