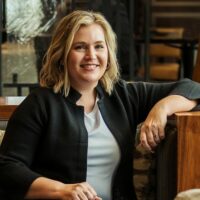 Janet Berry-Johnson is an authority on income taxes and small business accounting. She was a CPA for over 12 years and has been a personal finance writer for more than five years. Janet has written for several well-known media outlets, including The New York Times, Forbes, and Business Insider. In 2021, Canopy named her one of the Top 10 Influential Women in Accounting and Tax.

Janet received her bachelor’s degree in accounting from Morrison University and her CPA license from the State of Nevada in 2009. You can find her on Twitter or on LinkedIn.

How to Check if a Loan Company Is Legitimate

The 28/36 Rule: How to Figure Out How Much House You Can Afford

Conventional Loan vs. FHA: Which Is Right for Me?