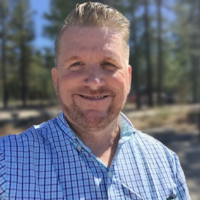 Tim is passionate about making complex personal finance topics easy to understand and empowering people to take control of their finances.

Tim’s work has appeared in several publications, including USA Today, Washington Post, Bankrate, Lending Tree, and Credible. He also publishes Incomist, a personal finance site that focuses on paying off debt by earning extra income in creative ways. You can find him on Twitter or on LinkedIn.

Tim began his career as a broadcast news writer and field journalist. He later worked in digital media roles at 20th Century Fox and NBC Universal before becoming a full-time personal finance writer.

Tim is an avid movie fan and loves a good anti-hero like Tony Soprano or Jax Teller. He’s been involved in several films as well, including X-Men, Gone Girl and The Martian. When he’s not writing, Tim loves pursuing new adventures with his family in the Sierra Nevada mountains.

How to Defer Private Student Loans

What Is a Citation and How Does It Affect Your Car Insurance?

College Scholarships for Adults: What to Know and Where to Find Them

What Is Material Misrepresentation in Home Insurance?

What Is Debt Consolidation?

How to Compare Home Insurance Quotes

How Does Cosigning a Student Loan Affect My Credit?

How to Buy a House with Bad Credit