It remains to be seen whether Democrats will have the votes they need in Congress to pass the legislation that would fund many of Biden's proposals. 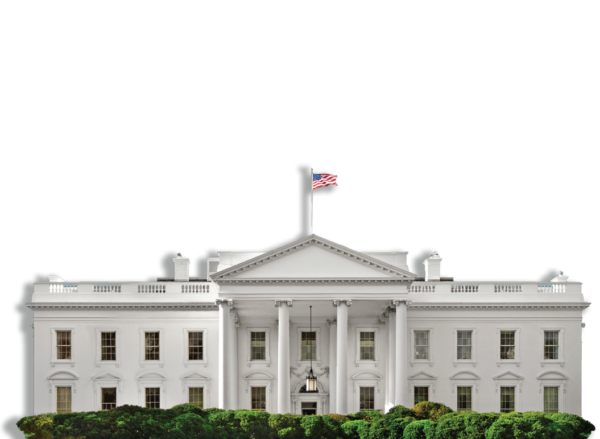 Now that he’s president-elect, what are the odds that Biden will be able to follow through on the promises he made on the campaign trail?

Here’s a breakdown of the higher education policies the president-elect campaigned on, and some issues that might stand in the way of implementing them:

President-elect Biden supports extending the federal student loan repayment relief that’s been provided during the pandemic. Biden won’t take the oath of office until Jan. 20, 2021, and the waiver on federal student loan payments and interest is scheduled to expire on Jan. 31, 2021.

Congress might include an extension in any stimulus bill that lands on Trump’s or Biden’s desk. But it wouldn’t hurt to get in touch with your loan servicer so you have a plan in place if repayment relief is allowed to lapse — either temporarily, or for good.

Enrolling in an income-driven repayment plan can help make the monthly payments on your federal student loans more manageable. If you have no discretionary income, your monthly payment is zero.

The main objectives of Biden’s higher education policy goals are to:

The Biden campaign has outlined its goals in a Medium article and provided additional details on the campaign’s website.

The most important components of Biden’s college affordability plan include:

One estimate puts the cost of providing tuition-free college as proposed by the Biden campaign at $683.1 billion over 10 years. Without federal funding, it will be difficult for states that have been hit by the pandemic to maintain existing levels of support for higher education. The “Great Recession” following the 2007-08 financial crisis resulted in major funding cuts that forced public colleges and universities to place more of the burden of paying for college on students and their families.

Even if Congress does approve funding for Biden’s college affordability plan, college won’t be “free.” The goal is to take care of college tuition for qualifying students. But many students will still have living expenses.

Also, keep in mind that the Biden campaign’s proposals are aimed at helping 2- and 4-year degree students, rather than graduate students.

Democratic Party leaders have endorsed the Biden campaign’s higher education goals, incorporating them into the 2020 Democratic Party Platform platform. But it remains to be seen whether Democrats will have the votes they need in Congress to pass the legislation that would fund Biden’s programs. Although Democrats continue to hold a majority of seats in the House of Representatives after the Nov. 3 election, the balance of power in the Senate remains unknown.

The issue may be decided on Jan. 5, when both of Georgia’s Senate seats are up for grabs in a runoff election. If Democrats win both races, they’ll hold 50 seats in the Senate, allowing Vice President-elect Kamala Harris to break ties when party leaders are able to get all of their members to unite behind a cause. But even if Democrats end up with 50 Senate seats, Republicans could still filibuster bills they strongly oppose. Some experts think many of Biden’s most ambitious plans are already moot.

“Most of the big stuff is out of play,” Frederick Hess, director of education policy at the conservative American Enterprise Institute, told Inside Higher Ed. “Free college is out of play. Student loan cancellation is out of play.”

But Natalia Abrams, executive director of Student Debt Crisis, tells Yahoo Finance that the advocacy group remains “committed to fighting to ensure that student debt relief is included in any future stimulus deal.”

Philosophically, Republicans are opposed to raising taxes. Funding all of Biden’s education, infrastructure, health, and housing plans would increase federal spending by $5.37 trillion over the next 10 years, according to an analysis by Penn Wharton Budget Model (PWBM), a research initiative at the University of Pennsylvania. The taxes that Biden has proposed to raise funds for his initiatives would cost $3.375 trillion over the same period, PWBM estimates. In the long run, however, PWBM’s analysis predicts that Biden’s plan would reduce government debt and boost economic growth by 2050.

Historically, significant policy changes are usually enacted through the reauthorization of the Higher Education Act (HEA). With neither party enjoying a 60-seat majority in the Senate, HEA has not been reauthorized in more than a decade because of partisan disagreements over issues like student loan forgiveness.

What the president can do on his own

Senate Democrats Chuck Schumer and Elizabeth Warren argue that the president can cancel federal student loan debt by executive order. Before the election, they called on the next president to provide up to $50,000 in student loan forgiveness to all borrowers, across the board.

If the Biden administration does attempt to grant universal loan forgiveness by executive order, it could run the risk of angering lawmakers of both parties and sparking a court challenge. If loan forgiveness is left to Congress, a smaller amount of blanket loan forgiveness — like the $10,000 Biden promised during the campaign — might be provided as COVID relief.

Opponents of blanket loan forgiveness say relief should be more tightly targeted to help borrowers repay undergraduate, tuition-related debt owed by borrowers with modest earnings. A recent Brookings Institution analysis noted that most student loan debt — 56% — is held by households with graduate degrees, whose members tend to be more financially secure than those with less education.

Broad policies that forgive student debt across the board or waive monthly payments “will not effectively address the acute problems facing those most affected by the pandemic, many of whom were in the most precarious situations even before this crisis,” Brookings researchers Sandy Baum and Adam Looney conclude. “Instead, they will exacerbate the long-term trend of economic inequality between those who have gone to college or graduate school and those who have not.”

The Biden platform recognizes such arguments, advocating forgiveness of “undergraduate tuition-related federal student debt” taken out to attend two- and four-year public colleges and universities. Not only is graduate school debt excluded, but so is debt taken out to pay for living expenses.

The Congressional Budget Office projects that under existing IDR plans, more than $200 billion in federal student loans made over the next decade will be forgiven, with most of that relief going to borrowers with grad school debt. Like the Obama and Trump administrations before it, the Biden campaign seems intent on providing more generous loan forgiveness to borrowers with undergraduate debt, and potentially offsetting some of the cost by reducing the amount of relief provided to wealthier borrowers with grad school debt.

There is bipartisan support for creating a single, streamlined income-driven repayment plan. In general, the goal of lawmakers on both sides of the aisle is to maintain or increase the amount of relief provided to the neediest borrowers, while limiting loan forgiveness granted to high-debt, high-income borrowers who can afford to pay more. The Obama administration proposed cutting IDR-based student loan forgiveness to wealthier borrowers repaying grad school debt by about $49 billion over 10 years, while the Trump administration estimated its IDR reforms would save $128.4 billion over the same period of time.

One area where President-elect Biden’s team might have leeway to make significant moves without Congressional buy-in is through the administration and enforcement of federal student loan policies.

The National Student Legal Defense Network, a nonprofit advocacy group for borrowers, has outlined a series of steps the Biden administration could take in its first 100 days, including ramping up enforcement actions against predatory colleges and restoring automatic debt relief for students when colleges close.

New leadership at the Department of Education and the Consumer Financial Protection Bureau may also lead to closer cooperation between the agencies. The Trump administration has limited the bureau’s oversight of federal student lending, ending longstanding agreements through which the Department of Education shared information and cooperated with the bureau’s investigations into complaints about student loan servicers.

How to Access the Federal Student Loan Forgiveness Application

Biden’s Budget Excludes Student Loan Forgiveness, So What Should You Do With College Debt?