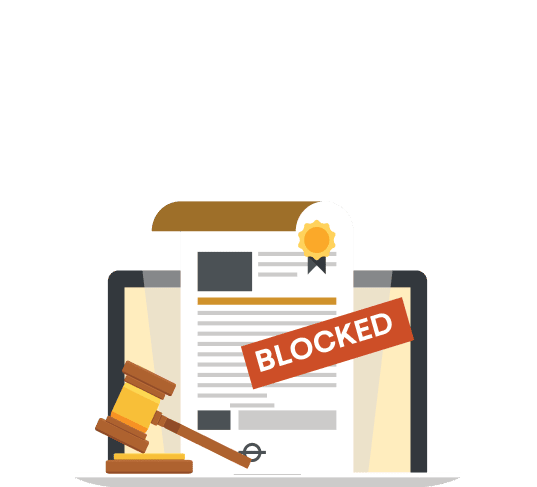 The student loan forgiveness plan introduced by the Biden Administration in August was officially blocked by a federal judge in Texas. Applications for relief are put on hold until a final decision is made regarding whether forgiveness can move forward.

President Joe Biden had announced up to $20,000 of forgiveness for federal student loan borrowers. But from the very beginning, several lawsuits emerged to challenge the plan. It was unclear as to if any would succeed based on the lack of standing in many of the lawsuits.

In addition to the block in Texas, the Supreme Court, in response to an appeal from the Biden Administration, refused to lift an injunction on debt relief from the U.S. Court of Appeals for the 8th Circuit. For now, the plan remains in legal limbo.

Here’s what you need to know about the chances of student loan forgiveness moving forward:

With the recent decision from the Supreme Court, student loan forgiveness will not happen before June 2023. If the court rules in Biden’s favor, then forgiveness will be allowed to proceed. But if the court rules the program is not legal, then student loan forgiveness will stay officially blocked permanently. The only way to reverse a decision by the Supreme Court would be through Congress. But given the House of Representatives is a conservative majority, it’s highly unlikely any legislation would make it to President Biden’s desk.

In response to the legal challenges in court, the Biden Administration announced an extension of the payment pause to at least 60 days after June 30, 2023.

How does this affect the payment pause?

Currently, payments on student loans have been paused since March 2020, and are set to expire at least 60 days after June 30, 2023. Since 2020, the pause has been extended several times by both former President Donald Trump and President Biden. Federal officials indicated the most recent pause would be the final one, but given the recent legal challenges, the Biden Administration extended it once more.

With the Supreme Court’s decision to hear the case, and a decision to be made by June, payments will now resume 60 days after June 30, 2023.

Solicitor General Elizabeth Prelogar said in the recent filing, “Because borrowers who default on their student loans face severe financial consequences — including wage garnishment, long-term credit damage, and ineligibility for federal benefits — Congress specifically authorized the Secretary (of Education) to waive or modify any applicable statutory or regulatory provision as he deems necessary to ensure that borrowers affected by a national emergency are not worse off in relation to their student loans.”

Does this affect the new Income-Driven Repayment plans?

Here’s what the new plan entails:

What can you do in the meantime?

You have a few options for your student loan payments, including:

If you decide refinancing is right for you, visit Credible to compare lenders and rates.

The student loan consolidation companies in the table below are Credible’s approved partner lenders. Because they compete for your business through Credible, you can request rates from all of them by filling out a single form. Then, you can compare your available options side-by-side. Requesting rates is free, doesn’t affect your credit score, and your personal information is not shared with our partner lenders unless you see an option you like.

Learn More: What to Know About the CARES Act and Student Loans

Jared Hughes is a Student Loans Editor and Credible authority on student loans and personal finance.

How to Access the Federal Student Loan Forgiveness Application