How We Get Paid

We want this to be a “win-win” situation. So we only want to get paid if we bring you value in the form of finding a personal finance option that works for you. Not by selling your data. We are a wholesale broker, meaning we have access to rates our mortgage lenders offer solely to brokers they work with. Generally, our lenders pay us and incorporate the cost of our services as part of the final interest rate on your loan, or in your loan amount. This is common practice in mortgage transactions where you choose for the lender to pay your broker’s fee upfront. If you would prefer to minimize your rate, you may opt to buy "points" to decrease your rate, or pay our broker compensation yourself. Please talk to one of our licensed loan officers to explore your options.

See current mortgage rates from some of the top lenders. Compare rates and product features instantly.

The listings that appear on this page are from companies that pay Credible compensation. This table does not include all companies or all available products. Displayed information is valid as of Jul 07, 2022 and assumes a customer with a 740 credit score borrowing a conventional loan for a single-family, primary residence, at or near zero discount points, and a 80% loan-to-home-value ratio. The IP address of the customer accessing this page has been used to determine which U.S state should be used for pricing. In states where Credible does not have a license to operate, we are providing information about rates available in a nearby state. If you are viewing this page from an IP address in one of the states where Credible is not licensed, the rates displayed above are for consumers located in the neighbouring state shown below:

Rates, payments, and all information displayed are for informational purposes only and are subject to change without notice. This is not a credit decision or commitment to lend. Mortgage rates and terms you may qualify for depend on your individual financial circumstances.

The fee amounts shown above include estimates of loan costs and closing costs you may pay in connection with a mortgage transaction with the assumptions above. This includes fees the lender charges, including points and underwriting fees, and third party services the lender does not let you shop for such as a flood certification fee. It does not include title charges, recording costs, prepaids, initial escrow deposit, and other fees.

Last updated on Jul 07, 2022. These rates are based on the assumptions shown here. Actual rates may vary.

With so many mortgage lenders competing for your business, you’ll want to shop around for the best mortgage rate. Credible can help with that. Enter some basic information about yourself and the property you’re looking to purchase in the table below to get started. We’ll generate loan options and show you prequalified rates from our partner lenders — all without affecting your credit score.

Find the right mortgage for you 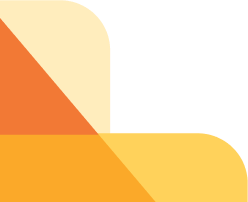 What is a 20-year fixed-rate mortgage?

If you get a 20-year mortgage, you have the potential to save more money in interest — compared to a longer-term loan — and still keep monthly payments manageable.

A 20-year fixed-rate mortgage is a home loan with a 20-year repayment term. Because the interest rate is fixed and the loan is fully amortizing, your payments stay the same for all 20 years. Twenty-year mortgages are less common than 15- and 30-year mortgages.

Learn More: What Is a Mortgage Rate and How Do They Work?

Advantages of a 20-year fixed-rate mortgage

Here are some of the advantages of a 20-year fixed-rate mortgage that you should consider:

What Is a Mortgage Rate and How Do They Work?

Disadvantages of a 20-year fixed-rate mortgage

Here are the downsides you need to weigh before you take on a 20-year mortgage:

How to shop for a 20-year fixed-rate mortgage

When looking for a lender, be sure to consider 20-year mortgage rates too. You might have a harder time finding lenders willing to offer 20-year loans, but you can use Credible to see what terms are available.

Keep in mind that the best rates are reserved for those who have excellent credit and can put a significant amount of money down. To qualify for the best 20-year fixed mortgage rates, work on improving your credit score, as well as reducing your debt.

Carefully consider your situation and compare multiple lenders to ensure that you’re getting the best possible rate. Credible makes this easy. You can see personalized prequalified rates from several of our partner lenders in just three minutes — all without leaving our platform.

What you need to know when buying a home

Getting pre-approved for a mortgage

Getting preapproved for a mortgage is a great first step in the homebuying process. Here’s what you need to know about qualifying for a pre-approval and the benefits of getting one.

How to buy a house

There are a lot more steps in the homebuying process than you might think. Review our checklist of steps to buying a house so you don’t forget anything along the way.

From not saving enough for a down payment to skipping pre-approval, don’t fall victim to these first-time homebuyer mistakes. Here’s how you can avoid them.

How to qualify for the best mortgage rate

You really have to do your research if you want to get the best mortgage rate. Here’s how to find the best rate for your situation.

As a Credible authority on mortgages, Chris Jennings covers topics including home loans and mortgage refinancing. His work has appeared in Fox Business and GOBankingRates.
Full bio

Freddie Mac doesn’t track 20-year mortgage rates specifically. In general, though, the average rate for 20-year loans is slightly lower than rates for 30-year loans and slightly higher than 15-year loans. Rates on all three loan terms fluctuate in lockstep.

Mortgage rates for 30-year fixed loans have hovered around 3% since the start of the COVID-19 pandemic, and 15-year fixed loans have averaged about 2.6% in the same time, according to data from Freddie Mac’s Primary Mortgage Market Survey. The average rate for a 20-year loan would fall somewhere in between.

In 2011, the average rates for 15-year and 30-year mortgages were 3.68% and 4.45%, respectively. Even those rates are relatively low, especially compared to the peaks set in the early 1980s, when mortgage rates reached into the high teens.

Market conditions contribute to interest-rate fluctuations, but monetary policies implemented by the Federal Reserve are the primary driver. Although the Fed doesn’t set mortgage rates, it does set a federal funds rate, which is the rate banks use to make short-term loans to each other.

Here are the average annual rates for 20-year fixed-rate loans over the last five years, according to data from Freddie Mac:

A good mortgage rate is one that’s substantially lower than the rates competing lenders are charging for. It’s important to compare at least three different lenders when shopping for a home loan. This will help you get a good rate on a 20-year mortgage, and it could end up saving you thousands of dollars in interest.

A lender’s mortgage rates aren’t set in stone. They vary depending on how risky a borrower you are, and that’s something you can control by:

Mortgage fees are usually paid at closing. The names of the fees might vary somewhat by lender, but here’s a list of common fees to be aware of:

Generally, the longer the term, the higher the interest rate. That’s because loans with shorter terms present less of a risk to lenders.

As you can see, the shorter the loan term, the lower the rate and the less you’ll pay in interest over the life of the loan. The catch is that you’ll also have a higher payment.

Determining which loan term to pick comes down to your personal circumstances — figure out what you can afford to pay on a monthly basis, and find a loan that offers the best compromise between affordability and long-term savings. Credible can help you compare loan options from multiple lenders.

A 20-year mortgage can be a good compromise between a 15-year term and a 30-year term.

A 20-year fixed mortgage is a good choice if you:

A 20-year fixed mortgage probably isn’t a good idea if you:

Choosing the best refinance option depends on your situation and the reason you’re refinancing. In general, you’ll only want to consider refinancing when you can get a mortgage rate at least one percentage point lower than your current rate.

A 20-year mortgagecould be the perfect compromise between a 15-year and 30-year mortgage. You’ll still save on interest compared to a 30-year loan, but without as high of a payment as you’d have with a 15-year loan.

You may also consider refinancing into a 30-year loan and making extra payments. This effectively lowers the amount of interest you’ll pay over the life of the loan while also offering the flexibility of a lower monthly payment if needed.

Ready to take the next step? Takes less than 3 minutes.