Workers with college degrees claiming 2 out of 3 ‘good jobs’ 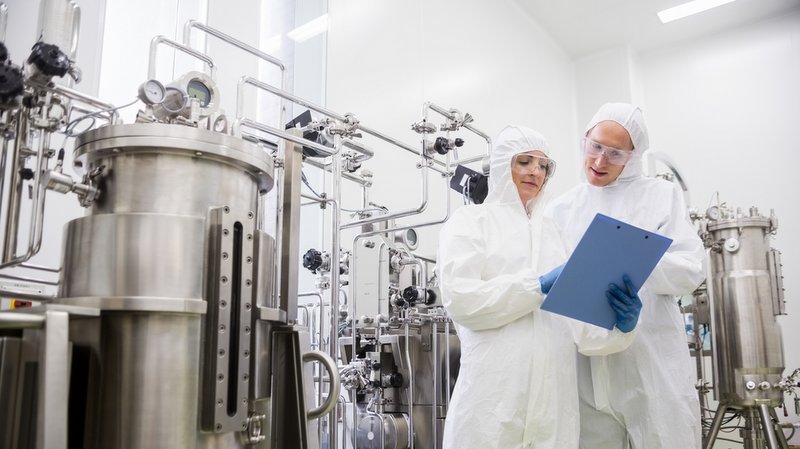 Skilled jobs in service industries and manufacturing are increasingly filled by more highly educated workers, making it harder for those who only have a high school degree to compete. Photo credit: Shutterstock.

It’s still possible to land a good job without a college degree, but the odds are increasingly stacked against those with only a high school diploma or some college.

That’s according to new research from Georgetown University’s Center on Education and the Workforce, which shows workers with college degrees now claiming about two-thirds of all good jobs.

Workers with an associate’s degree, bachelor’s degree or higher hold 66 percent of all good jobs, up from 49 percent in 1991. Source: Georgetown University Center on Education and the Workforce, Good Jobs that Pay without a BA, 2017.

As recently as 1991, the majority of these good jobs were still held by workers who had dropped out of high school (4 percent), earned a high school diploma (28 percent), or attended college without earning a degree (19 percent).

But many of those jobs were in manufacturing, where automation and the offshoring of jobs has taken its toll. Although U.S. industrial production has grown by 60 percent in the last 25 years, blue-collar jobs fell by 30 percent over the same time period. Since 1991, the U.S. has lost about 3 million good jobs for workers without a bachelor’s degree, and 83 percent of those jobs were in manufacturing.

The good news is that those losses have been more than offset by growth in demand for workers in skilled-services industries like health care, financial and business services, and leisure and hospitality. But the 4 million new good jobs that have been created in the skilled-services industries are mostly going to workers who have associate’s degrees or some college education.

High school graduates and dropouts have “had the rug pulled out from under them in the job market,” with a net loss of 1.35 million good jobs since 1991, the study noted.

Net losses and gains in good jobs for workers with less than a bachelor’s degree, 1991-2015. Source: Georgetown University Center on Education and the Workforce, Good Jobs that Pay without a BA, 2017.

In the mean time, there’s been a net gain of more than 4.1 million good jobs for workers with an associate’s degree or some college.

“This transfer of work toward more-educated workers has occurred because the skilled-services industries and even the old blue-collar industries increasingly rely on workers with higher level skills to meet competitive requirements and to fully exploit evermore flexible technology,” the study said.

Although the focus of the study was on the availability of good jobs for workers with less than a bachelor’s degree, the bottom line is that those with a four-year degree or higher now hold the majority of good jobs — 55 percent in 2015, up from 40 percent in 1991. In a previous report, the Center on Education and the Workforce found that workers with bachelor’s degrees or higher have claimed 8.4 million of the 11.5 million jobs created during the recovery from the Great Recession of 2007-2009.

Today, there are 75 million workers without a bachelor’s degree competing for 30 million good jobs. That’s part of the reason a worker with a bachelor’s degree now has a 75 percent chance of holding a good job, while only 40 percent of those with associate’s degree can say the same.

To help workers and prospective college students better their odds of landing good jobs, the Georgetown University Center on Education and the Workforce plans to launch a Good Jobs Project website this fall. The website, goodjobsdata.org, will provide information on the availability of well-paying jobs by state, industry, and occupation, helping job seekers and students identify hot job markets and choose a career that’s in demand.

Although a number of online tools can help students research college costs, it can be harder to find hard numbers that shed light on how much graduates of a particular college earn by major.