Competition among lenders benefits borrowers who do their homework 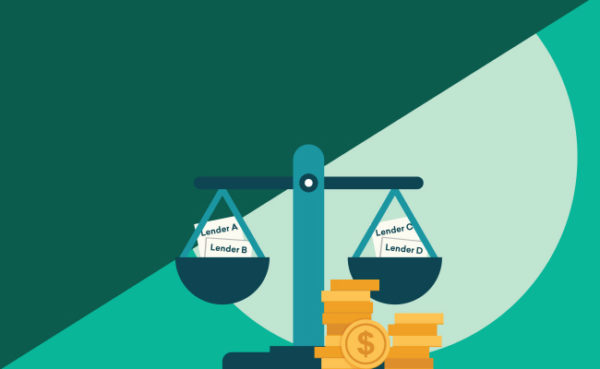 Not checking rates with multiple lenders can cost families taking out private student loans thousands of dollars in repayment costs, according to an analysis by student loan marketplace Credible.

Borrowers requesting rates through the Credible marketplace in June benefited from the competition for their business. Among those who prequalified with more than one lender:

Potential savings when borrowers prequalify with more than one lender

Source: Rate requests submitted through the Credible marketplace in June 2019. Savings based on median loan request of $20,000 with payments deferred for 2 ½ years. Savings calculation for variable-rate loans assumes rate does not change.

When borrowers prequalified with more than one lender, the difference between their high rate and low rate averaged 1.15 to 1.68 percentage points, depending on the loan repayment term and interest rate type (fixed or variable).

Private student loans vs. PLUS loans

Credible’s analysis also showed that rates on private student loans can be competitive with federal PLUS loans. PLUS loans, which are available to graduate students and parents of undergraduates, are the costliest federal student loan.

Because Congress hasn’t increased loan limits on more affordable federal loans in more than a decade, students are increasingly dependent on PLUS loans (see, “Why students turn to private loans.”)

Comparing rates with the right cosigner

Unlike federal student loans, which offer “one-size-fits-all” pricing, rates on private student loans are determined by the creditworthiness of the borrower and, in most cases, the cosigner.

Because first-time college students typically lack the credit history needed to qualify for a loan on their own, more than 90% of private student loans made to undergraduates are cosigned by a parent, relative, or friend.

The Credible marketplace allows students to compare different cosigners to see which one can help get them the best rate. The higher the cosigner’s credit score, the lower the rates the student may prequalify for.

While borrowers with low credit scores got the biggest improvement in interest rate by adding a cosigner, the benefits are seen across the credit spectrum. The chart above demonstrates that when students have a cosigner with a credit score in the low 700s or higher, they’re in a good position to prequalify for loans at rates below the 8% APR on PLUS loans.

On rate requests for 10-year fixed-rate loans, cosigners had an average credit score of 776, while the average FICO score of borrowers applying without a cosigner was 759.

Why students turn to private loans

Students typically turn to private student loans after they’ve exhausted grants and scholarships and hit their limits on the most affordable federal student loans.

Congress hasn’t increased federal loan limits in more than a decade. In the meantime, the average cost of college has increased by almost 30% at public universities and 10% at private nonprofit schools.

That means that more students are at their limits on the more affordable federal student loans, leading them to turn to federal PLUS loans or private student loans to fill college funding gaps.

Annual student loan borrowing peaked in 2010-11 at $127.7 billion and has declined for seven years in a row to $105.5 billion during the 2017-18 academic year, according to inflation-adjusted data compiled by the College Board.

Over that time, annual issuance of the most affordable federal student loans — primarily subsidized and unsubsidized direct loans — fell by 29% to $70.8 billion.

But during the same period, annual PLUS loan borrowing grew by 17% to $23.1 billion. Private student lending grew at an even faster pace, increasing by 36% to $11.6 billion.

Who turns to private student loans

Credible is a multi-lender marketplace that empowers consumers to discover financial products that are the best fit for their unique circumstances. Our integrations with leading lenders and credit bureaus allow consumers to quickly compare accurate, personalized loan options ― without putting their personal information at risk or affecting their credit score. The Credible marketplace provides an unrivaled customer experience, as reflected by over 2,600 positive Trustpilot reviews and a TrustScore of 4.8/5.