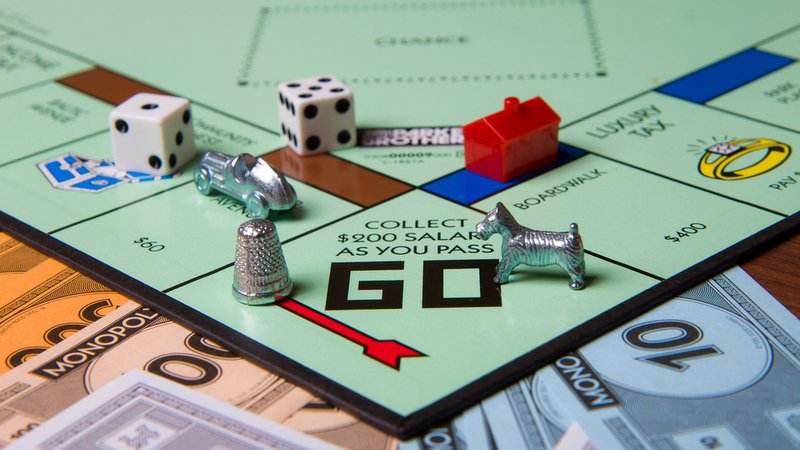 The companies — the second and fourth biggest of the “big four” student loan servicers — would become the single largest company in the business of collecting payments on student loans.

If antitrust regulators don’t object and the deal closes as expected Jan. 1, 2018, just three companies will be responsible for collecting payments on 93 percent of outstanding government student loans. Together, Nelnet and Great Lakes will provide services to 14.6 million borrowers who owe 41 percent of federal student loan debt.

A lack of competition in a particular industry can be harmful to consumers. On the other hand, economies of scale allow big companies to develop more sophisticated technology and provide better services.

Nelnet and Great Lakes get higher marks for customer satisfaction than their competitors, and were already working together to build a new loan servicing portal for the Department of Education. That, coupled with the Trump administration’s enthusiasm for deregulation, makes it seem unlikely that antitrust regulators will stand in the way of the deal.

Competition is healthy for consumers

Federal regulators strive to preserve competition between companies in the same line of business because it spurs innovation, and makes higher quality goods and services available to consumers at better prices.

Preserving competition in student loan servicing might be seen as vital, given the many ongoing problems that the Consumer Financial Protection Bureau has documented. Too often, borrowers have paid unnecessary fees and interest charges, or missed out on the chance to access government benefits like income-driven repayment programs, because they weren’t provided with clear and transparent information about their options.

But big loan servicers can achieve an economy of scale that allows them to develop better technology and improve the quality of services they provide. Great Lakes and Nelnet have the highest consumer satisfaction scores among all nine loan servicers, including the five not-for-profits (see table below).

As the Consumer Financial Protection Bureau has noted, consumers depend on loan servicers to help them apply for “a broad range of benefits and protections, including affordable repayment options, loan forgiveness programs, loan discharge in the event of total and permanent disability, and cosigner release benefits for private student loans.” (“Annual report of the CFPB Student Loan Ombudsman,” October 2017).

The qualify of customer service and ease of access to account services provided by individual loan servicers can vary greatly. A lot depends on how clearly information is presented on loan servicers’ website, and how well-trained their staff are in meeting the Department of Education’s instructions for handling the problems that borrowers can run into.

The bureau has found many inconsistencies in the way individual loan servicers apply the Department of Education’s instructions for helping borrowers. Some loan servicers struggle to stay on top of all existing federal legislation, regulations, and security standards.

One solution would be to create a single web portal that all student loan borrowers could use to manage their loans. Information would be provided in a clear and consistent manner to all borrowers, simplifying the process of managing loans, and providing more transparency into the performance of loan servicers.

Nelnet and Great Lakes have already been working together for almost two years through a joint venture, GreatNet Solutions LLC, to build a single loan servicing portal for the Department of Education.

GreatNet Solutions was in fact one of three finalists to build the single servicing portal originally envisioned by the Obama administration, before the Trump administration put the project on hold.

The Trump administration is expected to put out a new request for bids to build the single servicing portal. The requirements put forward by the Department of Education could dramatically reshape the competitive landscape for student loan servicers.

As originally envisioned by the Obama administration, multiple loan servicers were to compete to provide services through the portal. The Department of Education had planned to award a contract to build a single web portal in February, 2017, and have it up and running by next summer.

The Trump administration deleted the Obama administration’s requirement that multiple loan servicers have access to the portal. Then, on Aug. 1, Secretary of Education Betsy DeVos cancelled the bidding process altogether.

DeVos said the Department of Education has so many new ideas about how to build the portal, it no longer made sense to continue with the process put in motion by the Obama administration in 2016.

Before it issues a new request for proposals, the Department of Education said it plans to launch “an industry-wide collaborative information gathering effort” to “engage various stakeholders and industry technology leaders” before issuing a timeline for contracting and deployment.

No immediate threat to competition

Nelnet and Great Lakes’ existing contracts with the Department of Education don’t expire until June 2019. For now, the companies will “maintain their distinct brands, servicing operations, and operational teams,” and continue to compete for new student loan borrowers. Eventually, the companies say their shared services teams will “integrate and support both the Great Lakes and Nelnet servicing operations.”

Today, the Department of Education allocates new borrowers to loan servicers based on their past performance, which it reviews every six months. Loan servicer performance is judged in five areas (see methodology here):

A key question is whether competition will be preserved in the long run, or if additional consolidation will eliminate incentives to innovate.

Nelnet’s acquisition of Great Lakes is scheduled to close on Jan. 1, 2018, assuming antitrust regulators at the Federal Trade Commission (FTC) and Department of Justice raise no objections.

The Hart-Scott-Rodino Antitrust Improvements Act of 1976 requires the FTC’s Bureau of Economics to “investigate market dynamics to determine if (proposed mergers) will harm consumers.” Specifically, the FTC may intervene if it concludes a merger would “reduce competition and lead to higher prices, lower quality goods or services, or less innovation.”

Plugging the market shares of top student loan servicers into a measure of market concentration used by regulators (the Herfindahl–Hirschman Index, or HHI) suggests that Nelnet’s acquisition of Great Lakes would create a “highly concentrated market,” with an HHI of 3,083, up 828 from today’s “moderately concentrated” market with an HHI score of 2,255.

But the Trump administration has emphasized deregulation, and there are currently no indications that antitrust regulators will stand in the way of the deal.

[Editor’s note: On Dec. 21, Nelnet and Great Lakes Higher Education Corporation disclosed they had received requests for additional information about the acquisition from the Department of Justice, and that the companies have been “cooperating fully” with the department’s antitrust review. “Due to these requests, the closing of the acquisition will be delayed,” Great Lakes said in a notice posted on the company’s website. On Feb. 7, Nelnet announced that it had completed its acquisition of Great Lakes.]