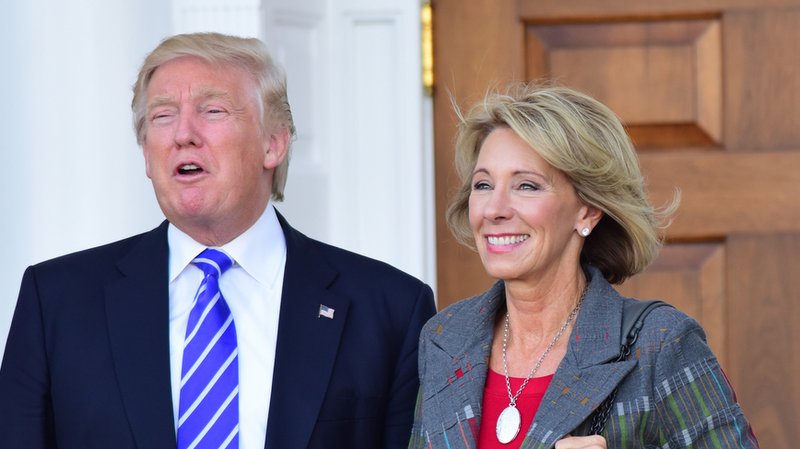 The Trump administration has hit the brakes on a controversial plan to hire a single company to collect payments on all federal student loans in the face of mounting criticism from lawmakers and industry and consumer groups.

But there’s no guarantee that if the Department of Education does end up awarding new contracts to more than one loan servicer, it will impose performance-based customer service standards in order to foster competition and protect borrowers.

The Obama administration drafted such standards last year as part of a plan to improve the system for collecting payments on all federal student loans by building a “state-of-the-art” web portal. But those standards were rescinded by Secretary of Education Betsy DeVos in April.

Under Obama, the Department of Education had envisioned building a single web portal where borrowers could make payments. Although one company was to be awarded the contract to build the portal, that company would have been required to hire subcontractors to provide customer service.

But DeVos deleted a requirement that “multiple customer service providers” be available to help borrowers using the portal, and that borrowers be assigned to each company based on their past performance. Eliminating such “burdensome Washington mandates” would save taxpayers more than $130 million over five years, the Department of Education estimated in May.

Detail of May 19, 2017 amendment to the government’s solicitation to build a new student loan web servicing portal.

More than 150 House and Senate Democrats signed a letter to DeVos in June calling the contract revisions “extremely alarming” with the potential to create “a monopolistic, unresponsive, and inflexible student loan system that would produce poorer results for both borrowers and taxpayers.”

Lawmakers upped the ante on Monday, introducing legislation in the Senate that would require that the Department of Education contract directly with “multiple” loan servicers, and allocate borrowers to them based on performance measures including borrower satisfaction.

The bipartisan support for the bill — from Republicans Roy Blunt and James Lankford, and Democrats Elizabeth Warren and Jeanne Shaheen — gives it additional clout.

“Maintaining choice and competition amongst student loan servicers is the best way to ensure they will continue improving services for student borrowers,” Blunt said in introducing the Student Loan Servicer Performance Accountability Act.

Now, rather than continuing to tinker with the contract requirements issued by the Obama administration, DeVos is starting over. On Tuesday, the Department of Education cancelled the request for proposals issued in April, 2016 to build a new federal student loan servicing web portal.

Further revisions anticipated by the Trump administration “would be so substantial as to exceed what [companies bidding for the work] reasonably could have anticipated,” according to the cancellation notice posted on FedBizOpps.gov, the federal government’s contracting website. “Additional sources likely would have submitted offers had the substance of the proposed revised requirements been known to them.”

DeVos said the Department of Education now plans on “starting afresh” in order to build “a truly modern loan servicing environment,” drawing on ideas from the new head of the office of Federal Student Aid, Arthur Wayne Johnson.

Johnson — who before being named to his current position, was in the running to become the superintendent of schools in Hamilton County, Tennessee — has founded or led companies involved in private student lending, credit cards and payment processing.

Although the Department of Education has not published a detailed request for proposals to build the new system envisioned by Johnson, it did inform contractors in a “special notice” that it intends to award separate contracts for database housing, system processing and customer account servicing. But the contract to collect payments from borrowers could still go to a single company.

“The anticipated FSA Next Generation Processing and Servicing Environment will provide for a single data processing platform to house all student loan information while at the same time allowing for customer account servicing to be performed either by a single contract servicer or by multiple contract servicers,” the Department of Education said in a press release.

After the announcement, Warren posted on Facebook that she was glad the Department of Education was “changing course,” but urged Congress to pass legislation requiring it to contract directly with multiple loan servicers.

DeVos insisted that the new system will be up and running by the time the Department of Education’s contracts with existing loan servicers expire in 2019.

But before it issues a request for proposals, the Department of Education said in its special notice to contractors that it plans to launch “an industry-wide collaborative information gathering effort” to “engage various stakeholders and industry technology leaders” before issuing a timeline for contracting and deployment.

After amending the proposed contract in October, the Department of Education said it expected to award it by February, 2017, and to have the portal up and running within 18 months — the summer of 2018.

The push to build a single web portal where federal student loan borrowers can get standardized information about their loans and repayment options has its origins in the Obama administration’s 2015 “Student Aid Bill of Rights,” and Joint Principles on Student Loan Servicing issued by the Department of Education, Department of Treasury and the Consumer Financial Protection Bureau.

Over the years, the Consumer Financial Protection Bureau has documented a number of problems with the current system of collecting payments. Some loan servicers have been quick to put borrowers who are having trouble making their payments in deferral or forbearance, when they would be better off in an income-driven repayment plan, regulators have said.

Government will offer freedom from choice to student loan borrowers