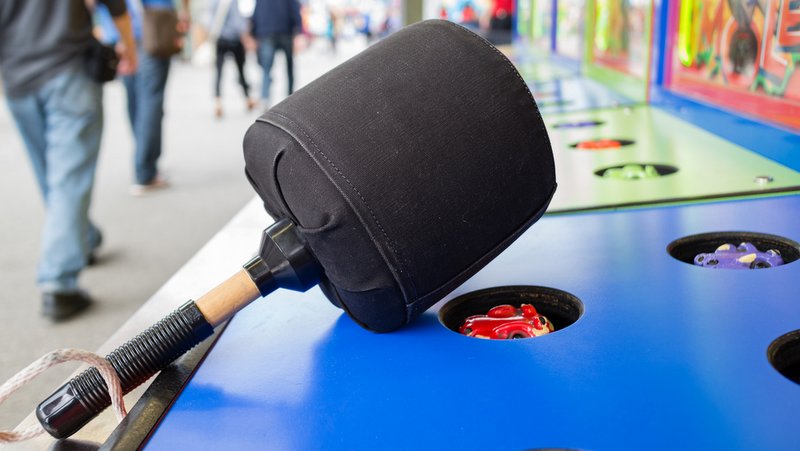 Like an endless game of whack-a-mole, the FTC, Consumer Financial Protection Bureau, and state attorneys general have struggled to keep up with student loan debt relief companies. Photo credit: Shutterstock.com.

In the biggest crackdown on student loan debt relief scams to date, state and federal authorities say they’re taking action against companies accused of cheating desperate borrowers out of more than $95 million in illegal upfront fees.

Since Sept. 18, the Federal Trade Commission has filed five civil lawsuits in California and Florida aimed at shutting down companies that allegedly charged student loan borrowers illegal upfront fees, in many cases overstating the benefits of government relief programs that can be accessed for free.

“Winter is coming for debt relief scams that prey on hardworking Americans struggling to pay back their student loans,” the top official at the FTC, Maureen Ohlhausen, said in a statement announcing the crackdown.

In addition to raising public awareness about student loan debt relief scams, the initiative seems aimed at putting to rest any doubts that officials are working together to address the problem.

Although billed as “the first coordinated federal-state law enforcement initiative targeting deceptive student loan debt relief scams,” some of the state enforcement actions listed as being part of “Game of Loans” were initiated more than a year ago.

In May, the FTC coordinated with attorneys general in Ohio, Florida and Washington to shut down three websites that were allegedly used to collect millions of dollars in upfront fees for phony student loan debt relief services.

In shutting down one such company last year, the Consumer Financial Protection Bureau listed several deceptive practices it was engaged in, which are commonly employed by others:

The latest lawsuits announced by the FTC as part of “Game of Loans” were filed against companies in California and Florida that allegedly collected more than $51 million in illegal upfront fees from borrowers nationwide.

The FTC has obtained temporary restraining orders against each of the following companies, and frozen their assets: